No cardio this AM, just strength training at Planet Fitness; no hoodie guys either, just the regulars, one of whom is a man with a mustache who doesn't seem to have any formal routine, just random equipment and free weights which doesn't really help you to accomplish anything.
I am going to hand off my Worthing's scale to a friend and get a Garmin.  This morning I weighed myself, went downstairs to start the coffee, and when I got back upstairs nothing had been updated, so I weighed myself again... and gained half a pound in 5 minutes.  Now, there is always going to be a variation in weight, but one half pound?  And if it can't at least be somewhat consistent, then what's it doing to the rest of my information.
And, of course, the Senate is still putzing around with their version of the ACA repeal.  Isn't it a hoot how conservatives, when they're not in control of the House and Senate, brandish their fists shouting, "we're gong to change this!  we're going to give you tax breaks!" and then, when they get control do nothing?  That's because their constituents might not like the end results.  Spineless is what these GOP voices are, nothing more.  They need to do what they promise and then deal with the end results.  If they get voted out of office?  Well, then they'll know just how wrong they were.  This doesn't mean that their crazy base isn't going to vote for them, but the majority of voters?  You see, that's where they constantly screw up.  They need to put up or shut up.  The odds of this repeal legislation passing are slim, and then it's got to move back to the House where the crazies there will kill it.  This is why conservatives are so phony.  This is why the Republicans are the 'do-nothing' party.'
Tomorrow morning I'm on the Eliptical again which means those little endorphins are going to smashing into my little gray cells again. 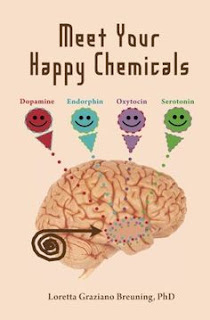 Perhaps if we could get some of those Crazy Conservatives on the treadmill, at a high rate of speed, for an hour or so, they might be able to pull their collective heads out of their ass and not be so damn hateful.  Actually, we know that will never happen.  In fact, I'm surprised they haven't cherry picked something out of the Bible to deride exercise, and use that to outlaw the Happy Chemicals.