Well, the Idiot is coming back to Washington.  He's claiming to have hit a home run - not so at all, more like a foul ball.  His supporters, however are happy, but then they didn't see the Idiot curtsy to the Saudi King; conservative media didn't report on that.  While the majority of the world saw those pictures of he and the Pope as bad press for the Idiot, his Evangelical supporters, most of whom really don't like Catholics in really huge way, saw things differently.  They saw a triumphant president standing next to a Pope who looked as though he'd just been read the riot act.  Perception is everything, you know.  Just to remind you, these people are the enemy.  You and I watched the Idiot shove his way through a crowd to put himself center stage, and then preen like a very, very over the hill porn star.  They watched as their leader demonstrated American superiority, making sure he stood above all of those smaller, European leaders.
Except, they pretty much treated the Idiot like white trash, a man who's caused so much pain and suffering in his life without caring.  Except for his minority group, most saw a fool.  I'm sure Moscow saw someone they believe they already got hooked.  They don't understand Putin sees the Idiot as the home run, hitting the Idiot out of the park means taking the US out of the game.  And that's what Putin really wants.  Of course, his Idiot followers don't realize this... because that would mean he's nothing more than a Ruskie pawn, an easy pitch to the losers who voted him into office. 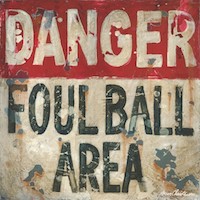 Of course, now that the Idiot's back, the Russian shit is going to once again over whelm his administration.  That stink is continuing to grow, and grow.  And this is going to be so bad the Idiot's not even going to be able to bunt his way on to first base.  Heads will start to roll as he begins to realize the only way out of this is for a sacrifice play... except he doesn't realize there isn't anybody on base.
Posted by Dave R at 9:26 AM