Trump is much worse than Nixon

So, Comey is gone.  I heard that yesterday afternoon and had to laugh.  That's right.  I think there are some Republicans out there who are finally beginning to speculate that the Idiot is going to use their Brand to wipe his ass.  And they deserve it.  For years they have hate mongered against Centrists and Progressives and Independents.  They have shrieked about a war on Christianity, using that claim to constantly attack.  As I've said all along, this whole thing is Karma.  It was Hillary's Karma to lose, not so much because she was bad and ran a bad campaign, she lost so the Idiot could win.  If you thought her Karma was bad, don't even attempt to contemplate how bad the Idiot's is, for this is going to be a Universal Payback.  And for the GOP?  This is going to be a smack down, smack back like nothing they have ever seen.  You see, the Idiot is going to end up making Richard Nixon look like a choir boy.  Repercussions are going to rattle through the bones of the wealthy for years to come.  And those who support the Idiot?  They will lose faith in a political system that doesn't fuel their hatred or seed their bias among others.  This might be their last stand. 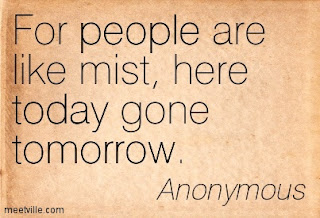 There is a light at the end of this tunnel, and every time the Idiot does something stupid, which seems to be daily, it gets a little brighter.  In the end, I do not doubt that the Idiot will chose to exile himself to Russia from where he can Tweet daily about his hatred for all that is good and American.