Yesterday there was an incident at the Returns Desk.  First of all, you have to know that the clerks there were very busy.  In this day and age, everybody returns things.  Every day.  Constantly.  Little things and big things.  Nobody wants to pay for something they're not going to use.
Yesterday a customer brought back a large tool box.  He had loaded it on a flatbed cart to make it easier to move.  And he said to the Returns Clerk, "I bought this, and then my wife saw the same thing at Costco for a lower price, so she bought that one and I'm returning this one since I don't need two."  He handed her his receipt, she scanned it, and the box sitting on the flat bed, and he went on his merry way.
However, there was a problem.  The tool box he was returning was large, very large, so large, in fact, it was in 2 boxes, not one.  And it was expensive, over $700.  And he only returned the top, much smaller half.  Of course the Returns Clerk didn't know there were 2 boxes.  Nothing on the packaging says there are 2 boxes.  He kept the much larger, lower half, the one with all of the drawers, and the casters to roll it around.  The Clerk should have questions the $ amount to begin with, that's a lot of money to spend for a tool box that's only 18" high and 4 feet long.  When I asked her about it she said, "but he had a little boy with him."  My response?  "So, crooks are crooks, kids are great decoys." 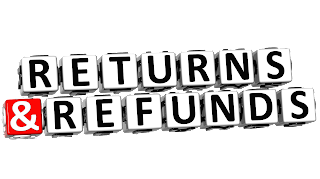 Anyway, this thief, with a kid, kept the bottom half which he will probably sell for about $200.  Did he know what he was doing?  Of course.  If she had called him on it he probably would have claimed to not know there were 2 boxes, and that he'd have to go home and get the bottom half, and leave with the top half.... and go to another store and try the same trick.  Just think, that kid's going to grow up to be just like him.