Well, today is Amazon Prime Day, case you didn't know.  Amazon sells it as a day of super deals.  Walmart is afraid.... they are very afraid, but then Walmart sales figures just can't seem to hit their mark.  This is retail.  Anyway, there are a lot of "great" deals on Amazon today.  These sales are staggered in order to keep customers hitting their website over and over and over again.  If you want, however, you can check out all of the deals and find out when they're going to hit.  And, as was the case last year, these "great" deals are pretty much junk... well, that's not exactly right, let's just say many, many of the items on sale are not what I'm looking to purchase.  Unlike the vast majority, I don't shop.  I don't spend hours looking at things and thinking "wow, that's a great deal."  Nope.  People who do that waste a lot of money.  I knew exactly what I wanted before the sales began.  So, what did I buy?  Well, I was hoping Miele vacuum cleaners would be part of the Prime deals, but they aren't, so I didn't order the one I was looking at for the upstairs.  T-shirts were ordered, an additional 30% off with my Prime Card.  And a Stuhrling watch, again the 30% off.  They're running a deal on the X-Box Ones (already owned) but not the Playstation 4's (might have bought).  That's about it.  Way, way too many people buy shit because it's on sale and they think they're getting a deal, things they might use in the future, but then again might not.  Not me. 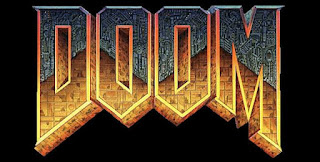 Oh, and I did order a copy of the remastered "Doom," Bethesda's First Person Shooter; only $30 for the hard copy.  The game was advertised at 50% off, but that wasn't exactly true.  Download copies were still at the $60 original price, and I'd check the pricing on it last week:  $34, so in reality I got a $5 deal, still $5 is $5, at least I know it will be used.