Where is she now? Elvira Gulch

As I was making my oatmeal this morning, one of those seemingly unanswerable questions popped into my head.  What ever happened to Elvira Gulch?  You know who I'm talking about, the cold-hearted spinster from "The Wizard of Oz."  Her only appearance in the film is during the bleak, sepia-toned prologue.  We do see her turn into the wicked witch, but that's after Dorothy gets hit on the head when the window blows in to her bedroom.  She is never mentioned when the technicolor, fantasy sequence ends and Dorothy returns to Kansas.  In fact, the last time we see her, she is pedaling away on her bicycle, unawares that Toto has achieved his freedom. 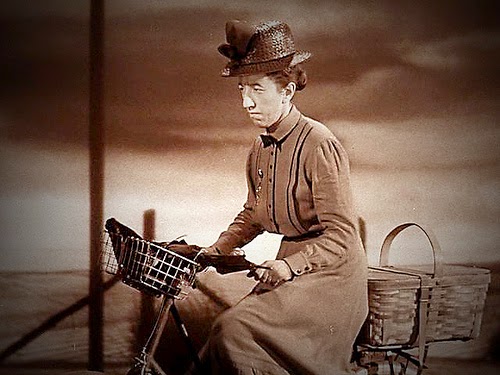 Everybody knows she gets liquidated in the Oz sequence, but that's not Kansas.  For all we know, she might have moved to Topeka.   Wouldn't it have been nice if they have given the audience some indication of what happened to her in the real world?  Having one of the characters say "I hear they found Gulch's bicycle hanging from a weather vane" would have provided some closure.  Or, perhaps, "I hear the Gulch farm is nothing but matchsticks."  But no, she just disappears.

For all we know she might have moved to New York and taken up acting.  Can't you just picture her traveling the country in the road company of "A little Night Music?" 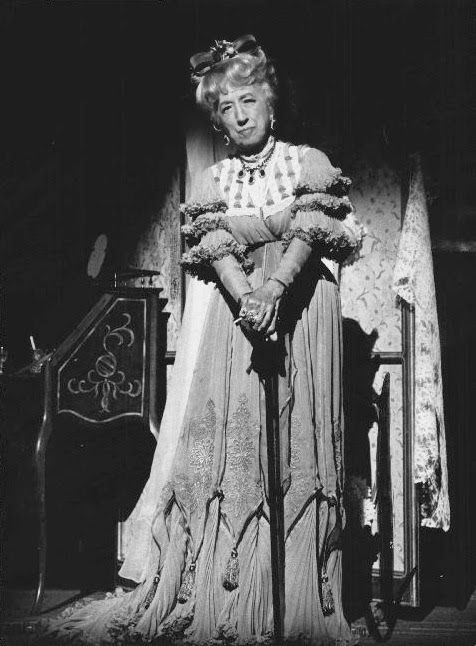 It would be nice to think that maybe her heart had softened in her senior years, that perhaps she might have become less naughty and more nice.  Sadly, I suspect this is going to remain one of those unanswered mysteries.  We will most likely never know what ever happened to Elvira Gulch, or where she is now.

Email ThisBlogThis!Share to TwitterShare to FacebookShare to Pinterest
Labels: A Little Night Music, Margaret Hamilton, The Wizard of Oz, wicked witch of the west