How does one pass 30 days waiting for surgery?  Well, there are quite a lot of ways besides just sitting on your ass.  I've decided to play through the Crysis series again, which is one of my favorite FPS'.  I've also watched a couple of the free movies FIOS has available, most of which are crap.  Some of the old horror and science fiction films are amusing, even funny at times.  One genre which doesn't have a very good selection is the movie musical, especially those adapted from Broadway Shows.  One that I saw was "Hello Dolly," which was pretty entertaining.  Of course Streisand was the star, but the rest of the cast was good too, even Walter Mathau, who sang the way Horace Vandergelder should sing.  Another musical adaptation that I started to watch and actually turned off was "Camelot."  I like the music for the show and the film evidently won 3 Academy Awards, most likely for set design, set decoration, and costumes.  This adaptation, however, was so bad I turned it off. 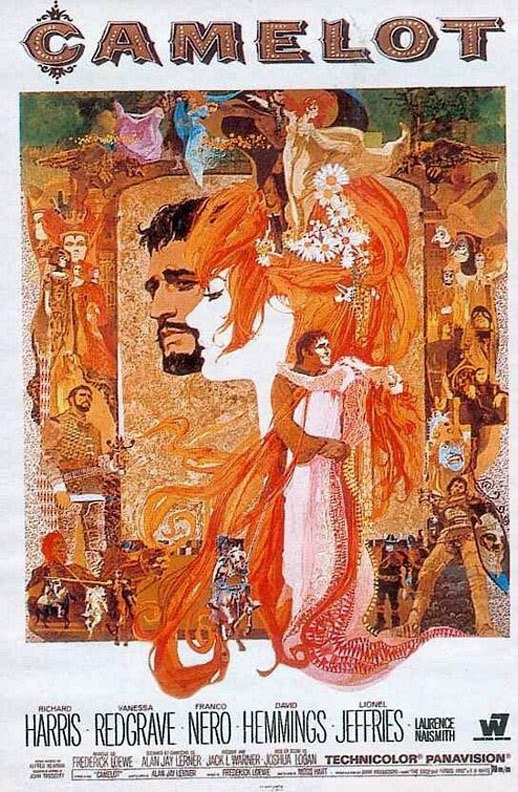 Musicals require people who can sing and neither Richard Harris nor Vanessa Redgrave are songbirds.  And to punctuate the fact that both were bereft of an vocal ability, Franco Nero, a man who can actually sing, was cast as the third part of this love triangle.  Him I could watch and listen to, the others?  Well, it was beyond embarrassing.  I wonder if any one told them before they signed their contracts that they were going to be staring in a musical.  Or maybe they thought they could just fake it.  If that is the reason, they they both failed horribly.