As I was walking the dog this morning I thought about marriage since there is a big 'to do' going on about it.  There's traditional marriage and now there's nontraditional marriage, both are supposed to be based upon the love of two people.  However, too many are oblivious to the fact that right from the beginning marriage was about ownership and that ownership needed to be legitimized by some deity, or religious philosophy.  I get a little fed up with this crap about the love between a man and a women because in all of the shrieks and rants no one mentions bankable.  Dowries were important.  A young woman who had a dowry worth 2 pigs, 4 goats, and 10 chickens was worth a hell of a lot more then a young woman who could only bring 3 goats and 6 chickens to a marriage.  Where's the love in that?  Some cultures relied heavily on matchmakers, people hired to broker marriages, and the first thing they looked was ownership.  What were the potential bride and groom going to be bringing to the table?

The age of the bride was important as well.  For centuries the younger she was the better, not because so many of the men were pedophiles, but because so many women died in childbirth.  The younger the bride, the more likely she would have several children who survived.  Babies were very important, after all, who was going to take care of you when you hit the ripe old age of 36. 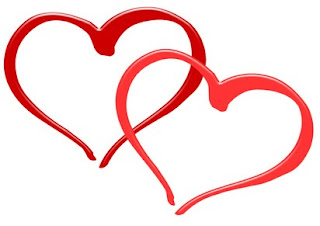 We would like marriage to be this romantic, Hallmark moment that lasts forever.  It doesn't.  In some states the divorce rate is almost 60% and that's bad.  That's another problem with the traditionalists, they want to talk about the marriage aspect but not the divorce end, or infidelity (both men and women seem equally guilty in that arena), nor terrible custody battles. The terrible truth is that there are people who are locked in this Hallmark hell, their minds shut off to any reality other then the  blanket of disillusionment that makes them happy.
Posted by Dave R at 12:27 PM