Well, I hope everybody is having a good Wednesday morning - so far mine hasn't been that bad, and I've been up since 5.  Lots of little thing happened yesterday.  I moved my computer - now all my electronics are along one wall and in the process eliminated the use of 2 extension cords.  112 years ago, when my house was built, they didn't have electricity, and when Edison's magic came to town they didn't exactly plan the outlets wisely.  When I remodeled the bathroom, I had an extra line put in which is why the computer room has three outlets.
Also, a representative from Giant called, the result of my complaint.  She apologized and said that if I buy Beneful they might be able to make arrangements to keep a bag in stock just for me.  That was nice.  The real problem is that they only have one facing and can only keep 2 bags in stock at a time and, as she, herself said, if those 2 bags sell it's going to take them 3 days to replenish...  this is not a good thing.  Especially when you consider that their competitor Weis Markets, just across the road, has 2 facings of Beneful, and they now give bonus points for every dollar spent... and they accumulate.  In fact, I checked out the Weis yesterday, too, and their pricing is sometimes a couple of cents more, sometimes a couple of cents less on the products that I normally buy.  It's take them a year but I supposed they've finally realized they need to be more competitive.
And of course yesterday Dianne Feinstein released the transcript Chuck Grassley's been trying to keep secret and, I suspect, a number of Republicans did 'the nasty' in their pants.  Oh, and evidently the Idiot Jerk's attorneys are ramping up their lawsuit agenda.  This has always been his favorite method of attack, his crooked attorneys suing the hell out of people just to shut them up.  Except it's not working this time.  He has too much bad publicity.
A funny thing from this morning was that I say the Idiot Jerk's approval rating shot up to a whopping 39% - of course that was for the week ending December 31, before "The Book" came out.  I'm sure it will drop.
And finally, my nephew's wife is blonde (probably dyed) and she's a nice woman.  Being smart, however is not on her resume.  Here's an example:  at Thanksgiving she brought custard pies and whipped cream... however, she was going to whip the cream herself, so she poured the heavy cream into a bowl and started stirring it around.  I smiled and told her she was going to need to beat if faster than that if she wanted whipped cream.  She didn't understand.  Yesterday she started complaining on Facebook that she and my nephew owe on their Income Tax.  A lot of people gave her advice, some very good.  This morning she posted the comment "I don't see why people get a deduction for having kids, that's their fault or choice."   Do I need to tell you she supports the Idiot Jerk in the White House? 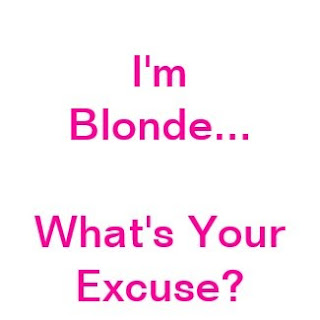