First of all I'd like to give a biiiiig thanks to Anne Marie for her shout out yesterday!!!
Secondly I have to tell you I slept like shit last night.  No, no, no, not because the government's shut down...  Full blame lies with the.... dogs.  For some reason Big Seig decided to slip stretched out, vertically, on one side of the bed and Big Seig is... big.  Forty Three inches from the tip of his nose to his rump (no, his little stumpy tail is not included) is a lot of bed space to lose.  And Lily, even though she's just half his size, was stretched out horizontally along the foot of the bed.  As a result I ended up with... oh, let's be generous... about 6 square feet of bed.  Anyway, around 0200 I roused them up, moved them off the bed, and situated myself comfortably.  It is my bed, after all, isn't it?
And what about the government shut down?  Hysterical, isn't it?  You should be laughing if you aren't. You see every time they take a Centrist plan to the White House and the Idiot Jerk rejects it... well, he's the one who looks bad.  His problem is that he's politically stupid, and because he's a numb nuts, he's relying on Miller and Kelly and their ultra-conservative views on immigration.  Their sole purpose is to force their narrow minded viewpoint on the rest of the country.  They evidently don't know Dave's political axioms so here they are:
The country is Centrist.
A popular president can nudge the political viewpoint to either the left... or the right, but only temporarily because... the country is Centrist.
However, an unpopular president, trying to force the country to either the left... or the right, will fail.  Not only will he fail, he will actually end up nudging it in the opposite direction.
This means our next president will probably be a liberal, female who will kick conservative ass.  Oh, and it won't be Oprah.
This morning, in spite of my lack of sleep, I did manage to get in 58 minutes of cardio - really good cardio, and according to my Suunto Spartan, my recovery time is 20 hours. 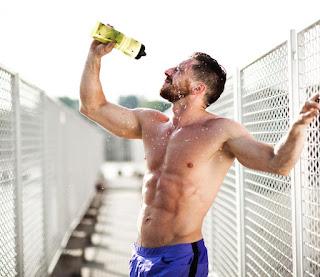