Well, here it is Monday!  My 2nd day off in a row!  How's that for all of you people who whine about having to go back to work on Monday?  And I'm off tomorrow as well!
Anyway, I was scheduled for an eye appointment this AM, got there too early so I decided to grab a cup of coffee at McDonalds.  When I did get to my appointment, I was told by the receptionist that my appointment wasn't for today, but rather for tomorrow instead.  She said, "we left you a voice mail back in November telling you Dr. Kilmore was no longer going to be seeing patients on Mondays and Fridays."  I smiled, and nodded.  They send out voice mails every month reminding patients of upcoming appointments.  That's right, every month I get a voice mail from this practice which means I stopped listening to their messages a long, long time ago.  I did make an appointment for February but I will cancel that.  My VA benefit has been working well for me, so I'm going to set up an appointment with one of their specialists.
Yesterday Anne Marie sent me a link from "Joe, My God," regarding Bernie Marcus... one of the original founders of Home Depot.  He is a true Tumplodyte.  Worth approximately 3.4 billion, he is a member of the 1% club.  He also has nothing to do with running the corporation, having retired a number of years ago.  During the campaign he spouted out some pro Idiot Jerk propaganda and the company was forced to put a lot of distance between his viewpoints and those of the company.  This guy's an old fool.  As a number of comments pointed out, the bonus he was bragging about is a one time only benefit while the tax cut will go on Ad Infinatum.
So, I did 10 miles on the bike, on the trainer yesterday and I was pleased.  Today I'm planning on some free weighs this afternoon and another ride.
Oh, and I almost forgot to mention that the Grammy Awards were last night.  Bruno Mars evidently won big.  About 3 years ago I listened to one of his songs - from what I remember every body liked it.  Me?  I thought it was "pop - meh."  There's a lot of that out there.  The most ephemeral of the arts, every year thousands of pop artists, and their tunes, drown in the sea of forgotten melodies. 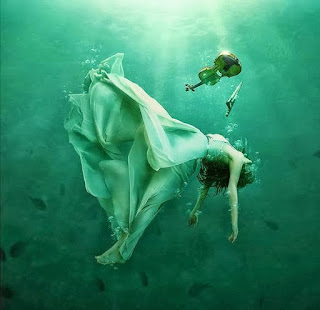 Very, very few have had any lasting influence on the genre.  In the scheme of things, it's not what's currently popular that is important, it's what lasts.
Posted by Dave R at 10:00 AM