Well, I guess anybody who has access to the Internet now knows that the Idiot Jerk in the White House listed a number of 'shithole' countries yesterday.  I doubt very much if I'm the only one who realized the residents of all of those countries are either black or Latino.  Of course, his comments left a lot of conservatives scrambling.  Let's face it, aging, white Republicans desperately don't want to be seen as racist, and his comments definitely drop his supporters into that... shithole.  This is also a really big problem for Social Conservatives, when the scumbag they praise describes third world nations as 'shitholes.'  Evidently he also asked why we couldn't get more immigrants from Norway. 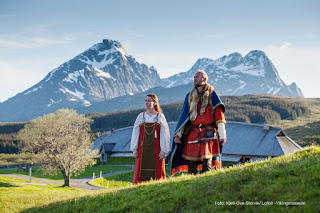 Someone should tell the Idiot Jerk that we already do get immigrants from Norway.
Today the Idiot Jerk is denying his language - something he should have done yesterday didn't.  Does anybody believe him?  Well, I suspect his every shrinking base will shudder to his defense mostly because his comments make them look like racist pigs as well.
By the way, in 7 days the government will shut down.
Oh, and another funny thing I saw.  Remember when the Idiot Jerk bragged about saving all of the Carrier jobs?  Well, it seems that was another lie.  Looks like Carrier is still moving it work force to Mexico.  Wait a minute... wasn't, didn't Carrier get some sort of weird tax credit to keep those jobs in the state?  And aren't they going to benefit from the Republican Tax overhaul?  Someone needs to tell the Idiot Jerk that those bad hombres he keeps shrieking about might just be living in Indiana.  Maybe we should build a wall around the Carrier plant just to keep the jobs there.
Posted by Dave R at 8:43 AM