Well, I'm sitting here waiting for my phone to arrive - it wasn't supposed to be here until Wednesday but then yesterday afternoon I got an email telling me it had been upgraded to "3 day shipping," so I called work and told them I'd be late.  However, if I wait too long, I'm going to call off completely.  I've got the time on the books.
A few years ago, because I was in the Navy, on an air craft carrier (USS Constellation), and in Vietnam, I joined something on Facebook called The Tonkin Gulf Yacht Club.  This is where other sailors with the same history as I post pics from those days long gone by.  This morning one my 'shipmates' posted a pic looking out into the hanger bay towards the aft end of the ship and I thought I'd post it here since most people have absolutely no idea just how big an air craft carrier is (so huge it would make the Idiot's head spin). 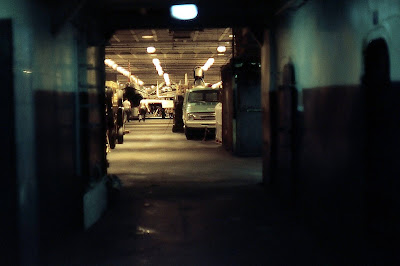 That's right, there's a van parked in the hanger bay - it was used by the Shore Patrol when we were in Subic Bay.  And, of course, you can see planes there because that's where the Airdales performed maintenance.  On the left hand side, about half way back, you can see a fire wall.  A long, long time ago, I lost a hard contact lens just forward of that fire wall, never to be found again. 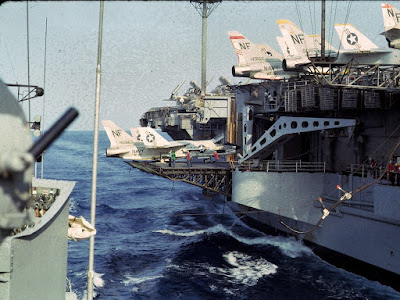 And this is what it looked like when they were taking aircraft from the hanger bay up to the flight deck.  The above picture is from the USS Ticonderoga, which was rather small compared to the USS Constellation, which was the largest, non-nuclear air craft carrier ever built.

This is my ship pulling into San Diego after a 10 month tour of WestPac. 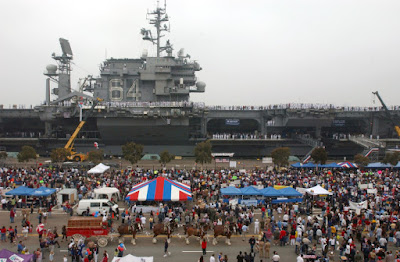 Now ain't that grand!  Can you see me up on the flight deck in my dress whites waving?