Well, it's Thursday, and I don't work, so I'm happy, of course I have a thousand things which need to be completed, but still, for the most part, I'm happy.  Tomorrow, however, is not just another day.  Tomorrow Trump, unless he decides to do it earlier then anticipated, will release the name of his choice for VP.  And there is a lot of anticipation going on, believe me.  That name is important on so many levels.  Old school Republicans wan tit to be someone who might help to unite the party.  Those Independents who are not so hot for Hillary are hoping Trump will pick someone with more moderate views.  The white supremacists are hoping for someone with neo-Nazi leanings.  And, the Trumplodites?  Well they don't really care... however they should because there are all sorts of rumors flying around.  There are whispers saying all Trump really wants to do is win the election, that at 70 he doesn't really want to be president, and so he'll resign after his inauguration and the country will be stuck with his VP choice.  that would really piss off his Trumplodites, but do you think he really cares about them?  Not in the least. 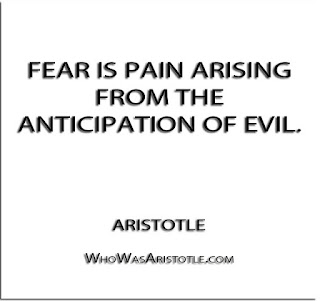 Which is really sad.  All of their small little minds are telling their small little hearts that he is going to make America great again... for them.  He doesn't really care about them; they're just votes.  I was talking to our Enhance Contractor, Kenny, the other day and he's rabidly anti-Trump.  He said that one of the reasons Trump got to be so rich was by shitting on the independent contractors he used; let them do the work and not pay them, claiming their work was shoddy.  Evidently there are something like 4000 lawsuits filed against Trump by these contractors.  You see, they did what Trump wanted them to do, and then he shit on them.  That's what he's going to do to his Trumplodites, use them and then dump them.  Which is why his VP selection is so important.  His fan base might be answering to someone other than their idol.  They might have to deal with an individual who sees them as nothing more than white trash.