I start another 3 day stint at work this morning.  My weekend consists of Thursday and Friday.

Next Monday, I have an appointment to have my teeth cleaned.  It's been over a year since my last cleaning, Covid, you know?  My dentist no longer sees my mouth as one or two new car payments, having realized that at my age he's merely the maintenance man.  I don't see an value is spending my hard earned money on crowns and bridges.  Perhaps if I was independently wealthy and forty years younger, but at my age my mouth is mostly used for talking and eating.

Yesterday I surprised myself by doing 3 loads of laundry.  And I also walked through the leaves before the rains came.  They were, to be honest, disappointing.  There was this heavy rain warning and there were no downpours.  We had a high wind warning that had me hoping the rest of the leaves would blow off my gingko... nada.  Then around 6:30 PM we got the 'severe thunderstorm warning' which came and went without the sound of thunder.

I understand the hand recount in Georgia is going quickly and they're discovering very few mistakes.  This was to be expected.  In Pennsylvania, the Idiot Jerk's most serious of it's baseless complaints, that Republican representatives weren't allowed to observe the counting of mail-in ballots, has been dropped.  Everywhere his legal team has filed complaints we're seeing Federal Judges deny them.  In PA, most of his legal team quit... they found the Four Seasons incident too embarrassing.  In truth, the longer the Idiot Jerk keeps trying to make his denial Front Page news, the worse he and his party look.  His baseless claims are awkwardly revealing the ridiculousness of the GOP.  I've said this before and I'll say it again, they love kicking their dead horses, except this time their kicking themselves in the ass.  Good for them.

There is a sea change coming.  While there are a few holdouts in the Senate (Jordan and Johnson) there appears to be little appetite in pursuing investigations into either Joe or Hunter Biden.  The country is changing and it seems that only the old, Republican guys don't understand. 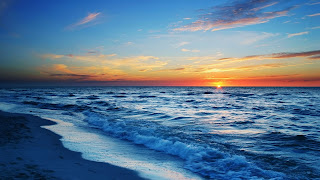