For those of you who don't know, that's the opening passage in Dickens' "A Tale of Two Cities."  I think it very appropriate to post that this morning.

Did anybody get any sleep last night?  I did... kind of, sort of... so half.  I ended up turning the volume down on my phone because it kept singing to me every time a headline flashed.  So what did I do?  Got my butt out of bed and ordered a new external SSD hard drive, one that just happens to be portable. 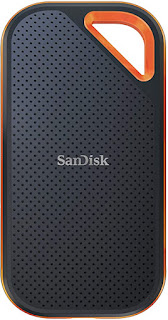 I have an old, old external HHD drive that has begun to make noise.  Noise is not a good sign, so I'm prepping myself for it's future demise.
And, what about the election?  Nail-biter? They kept telling us the race was going to be close... but son of a bitch!  Arizona and Nevada will soon be called for Biden, which should put him up at around 240 Electoral Votes.  In fact, I read that Fox had already called Arizona... and the Idiot Jerk flipped out.  Someone is scared shitless... and it isn't Joe.
The Idiot Jerk has falsely declared Victory.  That headline is being echoed around the world.  They can smell his fear.
I understand the Idiot Jerk has already threatened to go to the Supreme Court.  He wants them to invalidate millions of uncounted votes.  The fact that he's doing this tells us what he thinks is going to happen.  This is sadly amusing, since he believes he's stacked it in his favor with Coney Cumquat.  One of the trending topics on Reddit yesterday was that he's terrified of going to jail if he loses.
Me?  When I saw the map this morning the red was frightening... and then I saw the blue... and those uncalled states and I started laughing.  This is the best of times, it is the worst of times.