The Internet is Eternal

Today is my Friday, of sorts, since I do have off for the next 2 days.  I suspect those working from home are no longer associating specific days of the week with long held tradition feelings.  Friday is no longer Friday if you're no longer going to the office, it's just another day working from your home office, or at the kitchen table.  The days of the week no longer matter when you no longer leave your house on a regular basis.
The large, orange brick and mortar home improvement retailer I work for gave us all forehead thermometers.  We're supposed to take our temperatures before going in to punch the clock.  Mine doesn't work. 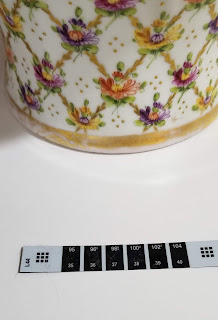 After being held on your forehead for 15 seconds you should get a green dot on your temperature.  However, you may not get a green dot, you may get blue or tan dots.  If you get one of those, you either add or subtract a degree.  When I tried it yesterday, 96 (F) was tan and 98 (F) was blue, so I averaged them together. and got 97 (F).  I then took my temp with the old thermometer I've had for years... 97.2 (F).  That's normal for me.  I'm not as hot blooded as some might think.
Though I did get a little hot yesterday.  I was on the counting station reducing the customer count every time someone left the building, when some young MAGA head asked why we weren't letting everybody in the store.  I explained our policy.  His reply:  "This whole thing's going to be over by April 18.  It's going to go away once it gets warm."  Of course, I had to point out that there are countries where it's warm year round and Covid - 19 is still highly contagious.  He said "I'm a medic, I know what I'm talking about.  I don't know about those countries."  I told him he was entitled to his opinion... and he got angry.  He asked for my name and told me he was going to write a letter to corporate, as he walked away.  This is the kind of person who will cluelessly spread this thing.
Here's a little article in The Guardian about how the drug the Idiot Jerk is touting doesn't really work.  Evidently the CDC has once again altered the directions for prescribing it.  They had said it is "successful anecdotally" and many, many physicians complained.  Now all it says is that it's available.  I understand cardiologists are complaining because if you take it incorrectly, or longer than you should, Hydroxychloroquine can damage your heart.  Oops.
And, speaking of the Idiot Jerk in the White House... his sheer stupidity is once again show its ugly face.  Now he's attacking the WHO claiming they didn't give enough warning.  Evidently this dumb shit doesn't realize that the Internet is Eternal.  Every word the WHO has put out is there forever, as are every ugly Tweet his fumbling fingers have spewed to the general public.  It's all there... Forever.
Posted by Dave R at 6:16 AM