It's Monday and I do get to return to work today.  Yesterday was... odd, is a very good word for it.  I spent a bit of time at the paint desk.  They're running out of paint.  There are big holes on the shelf.  Believe me, I have no problem telling customers we can't mix the color they want because there isn't any paint.  And I also enjoy telling customers "if we do get face masks in, we're donating them to local hospitals," which is what we are doing.  Not all customers appreciate this charity since they feel they are far more important.
Apparently on Saturday, one of our illustrious customers purposely coughed on one of our associates.  The idea of waiting in line was a little too aggravating.  Must have been an ignorant Republican.  At that point our associates were standing outside the doors and letting people inside, now they wait inside.
And yesterday was Palm Sunday... I had to be reminded since it doesn't pop up on my calendar as day of importance.  Down in the Southern States Christians gathered for worship services... and contamination.  While New York may be peaking thanks to some serious Safe Distancing and Strict Rules, those southern states are racing straight towards catastrophe.  For 2020, I suspect the Darwin awards will have their first group nomination:  Evangelicals.
This little article caught my eye regarding the Chaos Approach the the Idiot Jerk's administration.   I didn't know there was a power struggle going on between Jaded Jared and the Idiot Pence, but it... makes sense.  The idea the Federal Stockpile is for supplemental use hints that the Idiot Jerk may have selling it off rather than creating a... stockpile.  You do know that in his mind a stockpile would be a really big waste of money, just like the Pandemic Task Force created by Obama was a really big waste of money.  I'm betting there really isn't that much of a stockpile left.  I'm sure in his mind that money might better be used on something important, like his wall.
While I don't have the front cover art yet for "The Body in the Well," I did throw together something for the back cover.  They would prefer a photograph of me... good luck with that.  Anyway, if you purchase the paperback version (when it's available) this is what you'll see on the back cover. 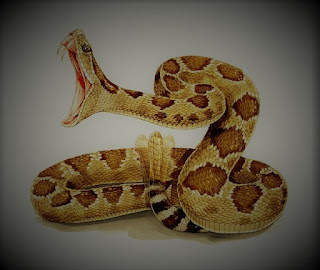 And this is the back cover teaser.  I think it sounds a lot like the voice over for a 'B' movie trailer.


"The body of a half-naked, young woman found in the dried out well of Pope’s Pew sends Eli and Max deep into the Rocky Mountains of Colorado.  There, in the town named for the Rattler’s Den Silver Mine, they and their team join up with the local sheriff to search for a brutal killer.  There, where the sound of a rattle snake’s warning can be as soft as the whispering breeze rustling through the tall summer grass, they will delve into the world of ghost towns, and prospectors, and gunslingers as they race to solve the mystery of The Body in the Well."

Email ThisBlogThis!Share to TwitterShare to FacebookShare to Pinterest
Labels: Easter, Evangelicals, Palm Sunday, Social Distancing, The Body in the Well