Yesterday was beautiful.  The sun was shining overhead.  The temps were in the high 60's.  I planted 60+ bulbs.  Oh, and the GOP had a really rude awakening to the real world.
Thanks to my Rouvy, I had a long ride in John Gray country, north of Sheffield (he talks about it now and then). 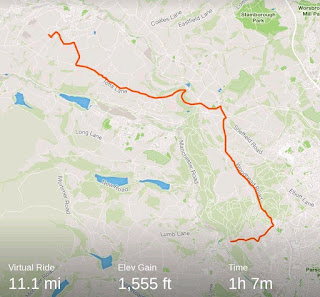 There were a lot of hills, including a Category 4 climb which is 1220 meters long and constant 4% - 5% grade.  It took me a little over an hour.  My legs had a bit of an ache.  Son of a bitch.
My soaps came yesterday. 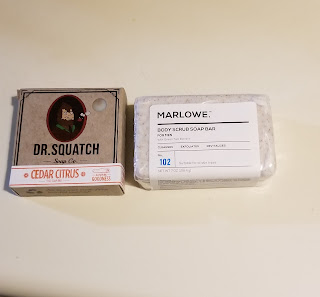 The Dr. Squatch has a nice smell, however is lacking a bit in the size department.  There's nothing on the packaging to tell you it's cruelty free, unlike the Marlowe. 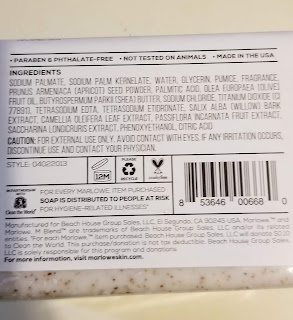 The Dr. Squatch does tell you to do something, however: 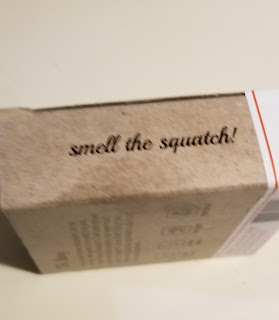 Being perfectly honest, I have little interest in getting anywhere close to a squatch, let alone having any desire to smell one.
The House announced that on Thursday they're going to vote on inquiries of impeachment.  The Republicans are in a bit of a quandary because those confidential sessions are going to go public in a very loud way.  Oh, Shit!  They could shriek and moan about the testimony behind closed doors, but once those details are on the nightly news... well, they're screwed.  They've always had a problem understanding their place in the world.  Now, that is going to be made very clear.  This is going to be far worse than the booing and chanting at National Park.  And no one is going to feel sorry for either them or the Idiot Jerk in the White House.  This is a lesson they have never learned.