About a week ago I dropped by Gamestop to see what used games they had for sale; it's a good place for inexpensive games.  The clerk was a young guy, maybe 18 or 19 and I know that when he saw me immediately registered me as an old fart, most likely buying a game for my grandson, of course he was wrong.  Had I been younger I'm sure I would have received a more enthusiastic sales approach.  Anyway, what I found more interesting then his lack of salesmanship was his hair.  It was stripped, orange, blond, and brown and the stripes were blended together.  It looked like he had naturally tri-colored hair. This was obviously something he'd paid to have done.  I'm serious, this kid had really great looking hair, unlike a lot of hair that I see.  I'm in retail, so I see a lot of hair.

There is a world of difference between professional hair and what I call "home made hair."  You know what I'm talking about.  You've seen those people who attempt to copy a style from a magazine or video and utterly fail.  They're trying to look like somebody they aren't.  Let me give you an example, there's this young girl who works the service desk at my local Giant Supermarket and she has more hair extensions on her head then is conceivably possible.  I'm serious.  It looks as though her "big" hair is mutating into something large enough to eat the Brooklyn Bridge.  When she turns her head it all moves as one unit, which can be a little frightening.  I was going to take a picture but I couldn't get far enough back to get all the hair in the shot and still let you see her face. 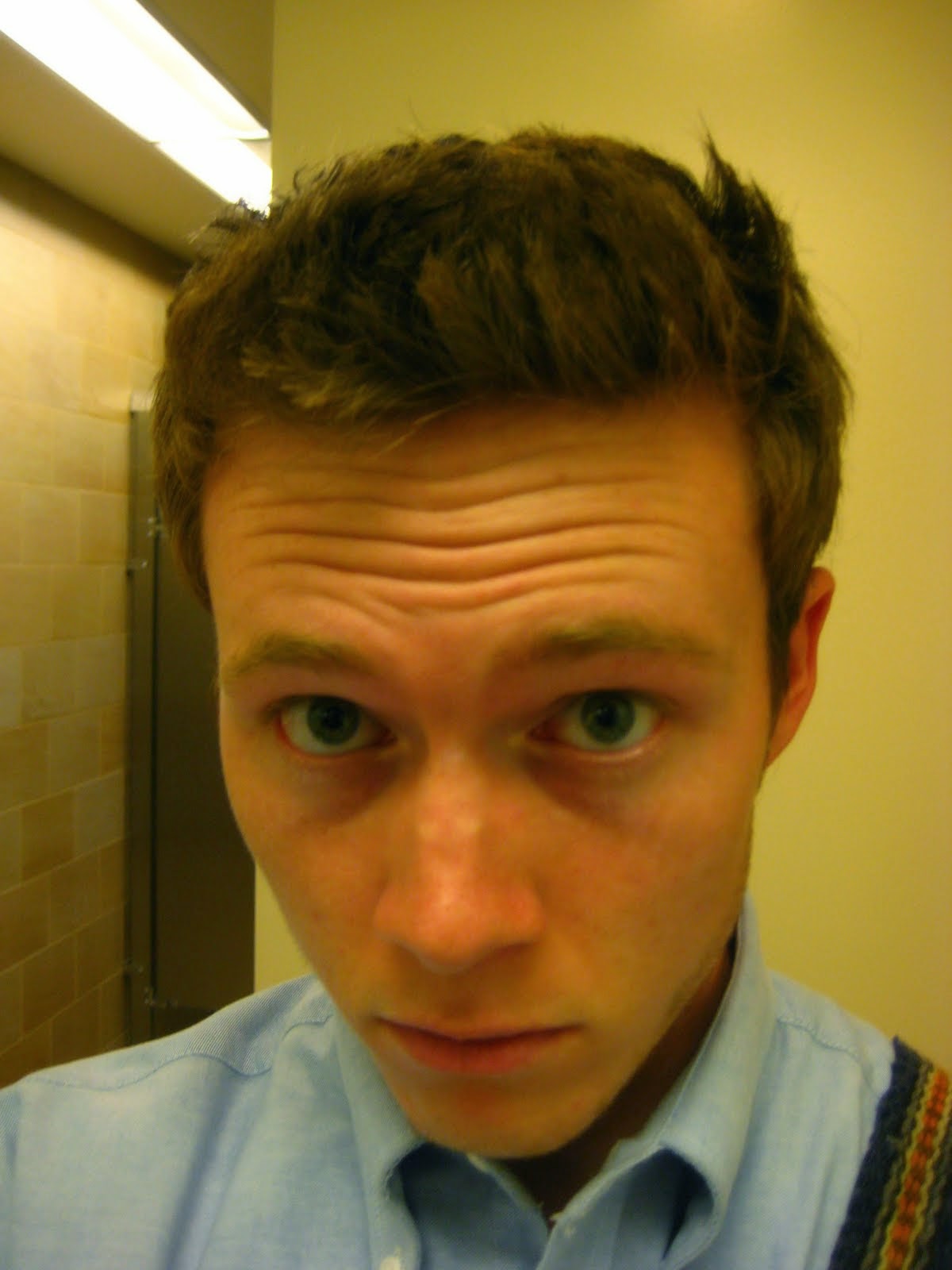 If you cut it, it will grow

This stripping thing seems to be really popular now.  I see a lot of it, boys and girls, men and women, and it's fairly easy to spot who's sat in a stylist's chair and who's done it in the kitchen, or the bathroom.  You know, 'home made hair."  There are times when I really have to bite my tongue to keep from laughing: when the stripes are irregular, or they look more like dots and dashes, as though some one's been practicing Morse Code on their head.  Sort of like an SOS except this most likely translates to HMH: Home Made Hair.