Cancer and the quality of life

Being diagnosed with cancer is cataclysmic. I've known a number of people who have received this terrible news, some have survived and some haven't.  My Dad was 71 when he was told he had lung cancer and had about 9 months to live.  That diagnosis was right one.  In spite of treatments, 8 months and 2 weeks later he died.  Six weeks before his death he had decided to end his chemo.  It was a bold and very smart decision.  He wanted to get back some quality of the life he new.

A month ago and associate I worked with at the Carlisle store died of Hodgkin's Disease.  The last time I had seen him he too had told me he was no longer going to continue treatment.  Again, a very brave decision.  He had told me he wanted to get back some quality to his life.

Unfortunately these two are not the norm.  Too many people fight the good fight too long and suffer terribly.  While some do it on their own, I suspect most often it is a friend or loved one forcing them to endure.  Just after I transferred to my current store I was sitting in the lunch room talking to ASDS (Associate Support Department Supervisor) when an older associate came in and began talking to her.  His wife was struggling with her current cancer treatment and he was pressuring her doctors to try something else.  He sat there and cried and I wasn't feeling sorry for him.  After he left the ASDS turned to me and said "his wife is dying of cancer."  I replied "and he is not dealing with this at all."

Two weeks ago she died.  A couple days ago her husband was in the store and he was telling anybody and everybody her doctors were to blame for her pain and suffering; how they put her on failing treatment after failing treatment and how much terrible pain she'd been in up until the end.  What a horse's ass.  A little something I know, at a certain point your Oncologist will sit down and tell you there's isn't much more he can be do.  If you haven't said it by then, that's the time you need to say "no more." 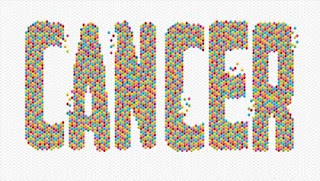 Cancer isn't always fatal.  There a quite a number of survivor stories out there.  However, if you are one of those who is going to lose the fight, lose it with dignity.  Leave this life with a sense of quality, and never let someone else make that decision for you.﻿
Posted by Dave R at 12:37 PM