Niall Matter - still acting, some what

I see Niall Matter is back on the Syfy Channel again in a vehicle called "Primeval, New World."  I'd seen a few episodes of the original series on BBC America several years ago and it wasn't that bad, of course it wasn't really that good either.  The best description I can give for it is passable.  During that time Mr. Matter was introduced on "Eureka."  In his first episode I thought, this isn't bad, he's a bit of a rogue, he shakes things up.  Of course, the bubble head writers and producers had already lost sight of their target audience and so the rogue was lost.  Viewers ended up with the cute, non-threatening guy who paired up with Jo.  By that time, however, "Eureka" was already past the point of capsizing because of all of the top-heavy relationships.  Nothing could save it. 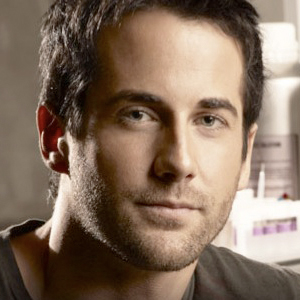 As for "Primeval, New World?"  Well, being the curious type I checked it out on line and it's actually a Canadian TV show that aired in 2012, so while not being old, it's not, as the Syfy Channel implies, new.  Also, there seems to have been some gap between the show's initial run and the last two episodes because "Primeval, New World" was cancelled.  So what does the Syfy Channel do if the show picks up an audience?  Restart production?  Or maybe it's just one of those summer replacement series which is only meant to fill time.  I don't know.  What I do know is Mr. Matter seems to be the only cast member from the doomed "Eureka" to still have some sort of acting career.﻿
Posted by Dave R at 12:51 PM