Yesterday was a drizzle day.  The dogs did get their walk in, something I didn't think might happen.  Some chores were completed, but mostly I wanted to nap.  I chalk it up to the drearily overcast skies.  I was going to ride the bike but didn't.  Instead I set up a dumbbell workout on my Gym Genius.  Now I have to check my workout calendar because when I got to PF this morning I had dumbbells scheduled instead of upper body. 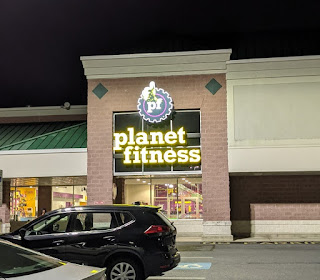 Oh, and there was also the news.

I don't think I'm going to cycle 2500 miles this year.  The fall doldrums have set in.  They set in last year, and the year before that.  We all tend to shut down a little in the off season.  Instead of riding 60 miles per week I'll probably pop off around 40.  That's not bad.

As far as The Body in the Loch is going, I've got over 51,000 words done.  Lots of little chapters.  It starts out with broad strokes that keep getting narrower and narrower.  I've just started the chapter called Blue.  That is not a reference for the approaching election, if any of you are wondering.

An article in the NYT advised readers to be prepared to be inundated with polls.  They're going to be flying thick and fast in the next week... disregard them.  Their margins of error are going to be all over the map.  Also, if their number of 'likely voters' is an unreliable figure.  Likely is not quantitative.  Just about anything is likely to happen.  Just look at the 2016 election.

And finally, I have some... well, sorta sad news.  The breaking up of a relationship is always difficult, usually much more for one person then the other who quite often can't wait to cut those ties that bind.  Grab your tissues.  It seems as though the Idiot Jerk in the White House has just been dumped... in a very public way by his blow bro love from Moscow.  That's right.  No more kissy, kissy.  It seems that when asked about Hunter Biden, and Burisma, and the Ukraine, Vlad said "no way, Jose.  Didn't happen."  How's that for a shit pie in the face?  Or perhaps Vlad was just in a pissy mood because after all of his nurturing and help, it looks as though the Idiot Jerk's not going to get his tinfoil dictator's ass re-elected.