The Oddities of Life

Yesterday was... odd, both at work and at home.
At work:  A mature woman returned 6 blinds saying we offered a premium brand and she was going to purchase those instead - she lied.  She also had 15% off coupon which stated "in store use only," and not surprisingly she couldn't use it on the Internet.  She yelled at the clerk because of that and when he pointed out the "in store use only," she snapped "are you trying to make me look stupid?"  So I politely stepped in and her attitude changed.
I worked for an hour at the Paint Desk because of staffing issues.  They updated their software and that was the first time I got to work with it... and then sent me a new associate to train.
A little bird told me they were going to transfer me into that position I applied for, the one that's part-time?  Half my hours would go there, the other half would be split between paint, flooring, and appliances.  Of course there's nothing official.  Supposedly they're just waiting for approval from Corporate HR.
At home:  I was going to go for another ride but... the ride I chose had a video update.  That too 2 minutes, however it blew out the Bluetooth sync between my trainer and my laptop which meant I needed to sign out of the app and reboot.  However, when I started the reboot I got one of those wonderful "waiting for Windows to update" screens.  After putzing around for half an hour, I canned the ride.  And then my sister called to tell me she'd gotten an iphone....  My sister has spent her entire life refusing to interact with technology.  I think I laughed hysterically for at least 5 minutes.  She's never going to use that thing.  Oh, and I did get the access code for Beta access to the next Ghost Recon game: Breakpoint.  Beta access allows game player to try and 'break' the game in order to find bugs and glitches.  At this point, however, because it's an 'open Beta' the game is considered 'consumer ready.  I should be able to download it sometime between 9/2 and 9/9. 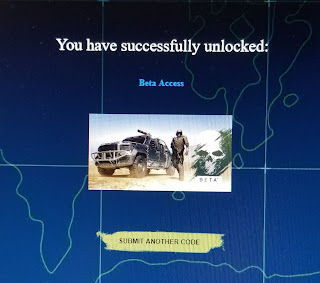 Oh, and I just got a news flash that Boris Johnson has asked the Queen to suspend parliament.  He can't wait to leave the EU.  Even when the truth gets shoved into his face, he will not understand that the days of the British Empire are over.  He is quite a bit like those bumble headed Republicans in this country who still think their wet dreams over the 1960's are romantic.
Posted by Dave R at 6:25 AM