Well, here it is Saturday.  Outside the temps are a cool 59 (F) and there is no 'heat index' in the upcoming forecast.  At this point in the season, summer is 2/3 over and I, for one, am looking forward to the fall.
I've decided to call off work today.  I rode Red Rocks Amphitheater last evening, or at least 10.1 miles of the route and my legs are very sore. Going down the stairs to start the coffee was a bit of an issue.  For those who don't know, there is a very large, outdoor concert venue at Red Rocks.  There are a number of other attractions in the complex.  The complete cycling route is 13. some miles long with steep hills.  This morning my legs are sore.  Besides, I want to prep the X6.  I'm taking it out on the road early tomorrow, before traffic gets flowing. 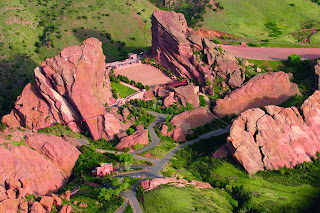 It looks a bit biblical during concerts. 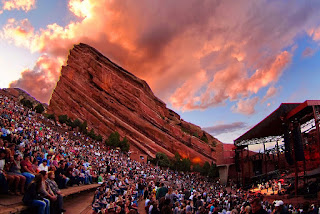 I'm surprised the Idiot Jerk in the White House hasn't tried to hold a rally there yet.
Right now he's enroute to the G7 where he's going to try and sell some snake oil to Boris Johnson and, of course, desperate Boris will buy it by the case.
And how about the stock market yesterday?  A number of articles I've ready have pointed out one glaring fact:  it didn't begin tanking when Powell said they weren't dropping the Prime Interest rate, nope, it was the Idiot Jerk in the White House increasing the tariffs on China that kicked it off the cliff.  Oops.  So, why did he raise them?  He's saying because China increased tariffs, but speculation is that it had more to do with Powell saying it's the trade wars that are screwing over the American Economy... you know?  Trade wars?
And as things get worse, more and more fingers are going to be pointed at those who put this dumb shit in power:  Racists, older white Americans, White Supremacists, and Evangelical Christians.  Only 38% of Americans approve of the job he is doing.  Now we know what groups make up that percentage.  We need to put them in the loony bin where they all belong.