Blame it on... well, everything

So, it's Tuesday, which means it's my Saturday, or in other words my weekend begins.  The dogs got me up at 0430.  They're dogs, which means I got a great jump on my chores: one load of laundry ready to go into the dryer and another into the washer.
I guess the Idiot Jerk in the White House farted out some sort of message to his base yesterday repeating to them what they've been telling themselves for years.  Basically, he absolved their sin of Sanctifying the Holy Gun and put the blame on.... video games, among other things.  The dumb shit claimed that it was "hatred that pulled the trigger," without realizing there was a small chorus behind him chanting "send them back,"  "send them back."  He ignored the fact that the shooter's screed relied heavily on statements the Idiot Jerk has used over and over again, like "an invasion of immigrants."  He refused to mention that the main targets were Latinos, not a word on that most obvious fact.  This speech was not meant to calm, to quell the anger and fears of the nation, this was aimed directly at his base because... well, Holy Shit, they might vote Democrat in the next election.  For Republicans, stupidity equals loyalty.
With so much shit hitting the fan, Republicans are finding there are fewer and fewer places to hide but that doesn't stop them from pointing fingers at everyone except themselves.  They will never look in the mirror.  They are all like the this aging, bimbolina State Senator from Ohio, Candice Keller.

She pulled out that old, crazy Christian laundry list, the same one they've been relying on for decades, to give direction to their fingers.  Basically, she blamed everything she doesn't like.  Oh, and in case you are wondering, Candice is not answering her phone, mailbox full, nor is she responding to emails, most likely because she also hates it when people call her a stupid bitch.  By the way, she's 67 years old.
And, speaking of Crazy Christians, they have a really big problem.  It seems like somebody photobombed their very first pic and they have no idea how to solve this. 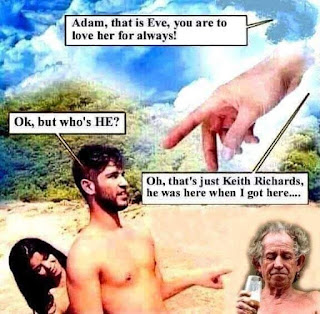