Well, today is Thursday, which is actually my Friday... that's right, I have 2 days off in a row.  Next week I have 4 off in a row thanks to an appointment with my Optometrist.
As I glanced through the headlines this AM I saw that Hobby Lobby is being fined $3 million because they were caught smuggling artifacts, purchased illegally, into this country.  This is the same Crazy Christian group that wants all of their employees to be breeders.  They're also building some sort of Bible Museum near Washington in their attempt to correlate historical fact with mythology.  They want to justify their beliefs with concrete evidence without understand that concrete is man-made, not natural, in fact it was invented by the Romans.  They have the same mentality as those who go "In Search of Noah's Ark."  Evidently their faith is not strong enough, they need proof.  What failures.
And what about North Korea?  Common consensus seems to be that China's going to toss that hot potato back into the Idiots tiny, little hands.    What will he do?  You can be it will be something stupid.  We are already hearing how high the death toll could be if he decides on a "surgical strike."  What ever happens... well the blame is going to go the the Conservatives.  They took us into Iraq under W so expect the worst.
Oh, and my School Real Estate taxes came in the mail yesterday - $971 if I pay them off by 8/31/17.  Not bad.  Enola is a good place to live. 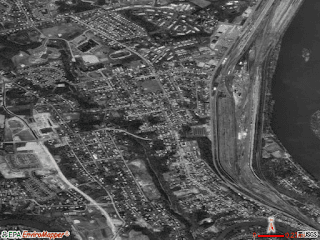