It's the Virus, Stupid

I use a Lenovo tablet as an alarm clock... actually, I use it for a number of things but rather than set the alarm on my phone or an actual clock, I use the tablet.  Two days ago they did an update.  Two days ago they did an update... and every app was disabled.  Now it has facial recognition, but this morning my alarm didn't go off because... the update turned it off.  I do wish that information had been included in the notes.
I saw where the Federal Agents are being pulled out of Seattle.  I suppose the Idiot Jerk in the White House realized that his show of force wasn't doing a damn thing to improve in ratings in the polls.  He is so damn stupid.  In his tiny Republican mind he thinks he's going to be able to do something which will make America forget about Covid.  Wrong.  Back when Bill Clinton beat Bush the Elder, there was a popular catch phrase which drove the Conservatives bonkers.  "It's the Economy, Stupid."  Well, the same thing applies to the Idiot Jerk.  "It's the Virus, Stupid."  Everywhere people start dying where ever people begin to die.  Because those voters realize he's a lying sack of shit.  He and his spawn started pumping that lie about Hydroxi again and their ads got shot down.  At this point, there is nothing he can actually do to save his presidency and conservatives are pissed, they bet the bank on him and they're going to lose it all.
And now for a funny, ha ha.  Watch McConnell blame the administration for the insertion of a new FBI building in this latest relief bill:
He just threw someone under the bus.
And finally, another bit of Ha Ha.  If you took the 2020 census, you might remember on the race questions, there a list of nationalities considered to be white.  I posted about it back then since the federal government decided Egyptians were white.  I have no problem with that.  However, they didn't list Iranians, perhaps they believe they're Arabic.  With this is mind, which of these two gents is the Egyptian. 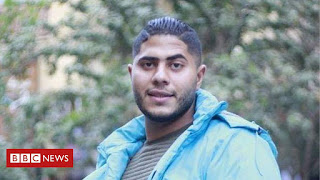 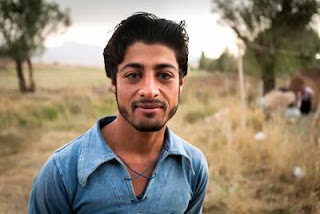