Thursday morning.  Yippee.  Tomorrow is my hump day.  Next week I only work 32 hours, but the following 2 weeks I'm scheduled for 40 each.  Shit.
I just finished another 45 minute cardio session... and feel good.  I always listen to music, in fact I have a playlist consisting of Sam Hall (Yeah, he's country, but only one song) as warm-up... 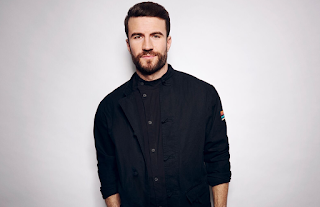 followed by Steve Grand, Kongos, Fall Out Boy, and Imagine Dragons.  I had bought the new Mumford and Sons album hoping there might be something good on it.  Wrong, the thing is terrible.  Every song starts off the same way (except one).  Their last album Wilder Minds was decent - it's one of the things I listen to while cycling.  But the new one?  Delta?  Sounds a lot like they're congratulating themselves on being so profound.  They're not.  I gave it a bad review.
I saw that the Veteran's Administration underpaid a lot of veteran's education benefits.  They say it was a glitch.  Under the Idiot Jerk in the White House, the VA has been sorely tested.  At one point, remember, he actually had tried to put the White House physician in charge... until people found out he was a legalized drug dealer.  Is it any wonder the military is not too fond of him.  He criticized the Navy Seal Command for killing Bin Laden.  Does he really think that plays well with the Navy.  Does he comments like this earns him their respect.  He is anybody but the Commander in Chief.
Finally, I bought a small compost box, or bin, or what you want to call it.  Deliver is on Saturday.  Some assembly required.  I looked at quite a number of models and watched a number of videos before making my final selection.  One of the videos was hysterical as hell, at least I thought so. It was made a woman who was really pleased with her composter.  At one point she took off the lid and took a video of what was inside:  dinner scraps, egg shells, shredded paper (?) and a lot of cigarette butts, in fact, it looked like that was where she dumped her ashtrays.  Someone should have told her cigarette butts do not make for great compost.