Well, here it is Friday.  I had a fitful night of sleep.  The dogs needed to go out twice, once at 11:30 and a 2nd time at 3:20 - that's very odd for them.  There were dreams that were odd as well, including time spent in some sort of institution where the head nurse had some sort of shrubbery growing out of her head, and talking on a totally clear flip phone to someone named Brian.  Brian had a last name and I Googled him... he actually does exist (creepy) since the last name is also rather odd.  What's in a dream?  Hell if I know.
Anyway, the stock market dropped yesterday.  It might bounce back today, not that it's going to make any difference.  In case no one has noticed, the Dow has been trending downward for quite some time now.  While there is always a bit of a recovery, nothing seems to be stopping the slide - this was to be expected.  We have an Idiot Jerk in the White House who has 4 bankruptcies on his resume.
Also, 69 year old John Bolton has accepted a temporary position with the administration - highlighting the words 'temporary position' is important.  Hard Right Conservatives are tickled pink... sorry, wrong color.  Tickled black might be more appropriate... or blood red (another good color).
And then there are the trade wars (key ominous music).
You have to remember that those making these decisions are, for the most part, totally unaffected by them.  Average Americans will pay the price.  Should the Idiot Jerk and Bolton start a physical conflict you can bet no Trump or Bolton blood will be spilled.  Economically speaking, it's the Average American who will be taking the hit on the chin.  The country is being run by a group of people who are older and who are 'living the dream'... one that was popular in the late 50's and early 60's.  Those who put the Idiot Jerk in power still want to live 'that dream.'  They don't understand time changes everything.  Evolution never stops.
They will never understand Dave's axiom:  A popular president can move the country to either the left or the right, an unpopular president will always move the country in the opposite direction.  This was a lesson they should have learned from... the 60's, a time in which Liberalism exploded across the national scene.  Of course, being conservatives, they will never learn. 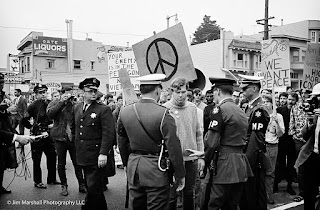