A lot of people have watched Brian William's interview with Edward Snowden.  Evidently, by using #patriot or #traitor, you could vote your opinion and, if I read the chart correctly, patriot beat traitor by a hair.  I didn't watch the interview, nor did I read any transcripts - I just don't find it that interesting.  The fact that the NSA was attempting to collect vast amounts of data on people is not a good thing.  However, the fact that they were going to Google, and Verizon, and Yahoo, and AT & T, just to name a few of the corporations, in order to gather this data pretty much makes the whole thing moot.  You have no secrets from your Internet provider.  They know not only your IP address, but the addresses of every website you look at, and how long you're on those sites.  I'm sure they don't, but if they wanted to, they could speculate whether you're a quickie or not, or whether your favorite color was teal.  Every conversation you make on your phone is digitalized and saved somewhere.  This doesn't mean it's easily located, but it's there.

I will admit to being taken by surprise by one thing.  I noticed it in the picture taken of Mr. Williams and Mr. Snowden, apparently during the interview, that unless Brian Williams is 7 feet tall, Ed Snowden is rather petite. 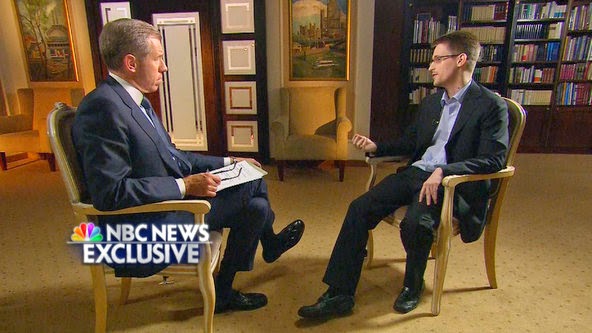 Now I know there are those of you out there who are going to say that forced perspective was used in order to make him look smaller, more vulnerable, more meek.  Nah, the guy's tiny, probably 5' 4" in heels.  This begs one to wonder if, perhaps, in truth, he's neither a patriot nor a traitor.  Might not he instead be suffering from a Napoleonic Complex, also known as 'short man's syndrome?"  Some men, who find they are staturely challenged, feel the need to do something in a big way in order to make themselves seem 10' tall.  Little Eddie want to be our privacy protector.  You have to admit, he's made a big name for himself.  His broad shoulders will carry the day. 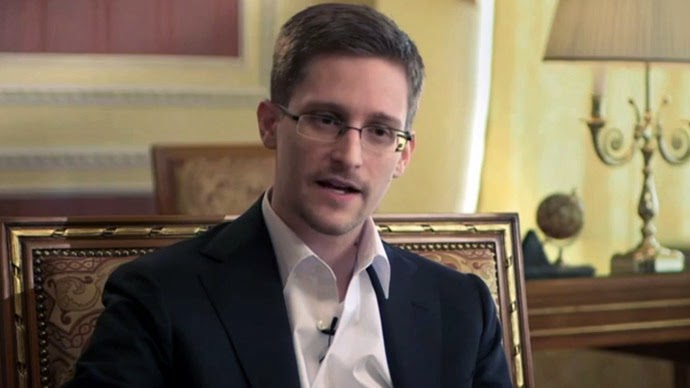 Okay, so they're not that broad.  Remember, in his mind he's saving the United States from a fate worse then death.  Personally, I'd rather he fixed Facebook so I wouldn't be subjected to ads and products I have no desire to buy, or top trending stories that always seem to trend away from my interest.  Maybe he could stop apps from asking for too much personal information.  Do they really need access to my contact list?  Well, they don't all ask for that, only the ones I seem to want.  Of course you know I'm really just toying with Eddie.  I'll bet he's a really nice guy.