Happy Mother's Day!  Just think, if the Republicans get their way there will be so many, many more of you!

Here in Central PA the rain has stopped! The forecast was for between 3 and 5 inches.  Up here in Enola, we definitely got at least 5.  I know this because I had water in my basement.  For those who don't know, my basement is like a dry riverbed in Arizona, when we get a lot of rain it floods, and because I have a 117-year-old stone foundation, and because not level (higher in the back, lower in the front), water will run in from the back and out at the front.  Literally, a stream runs through it.

And in spite of the rain, I was busy at work yesterday.  People bought carpet installations. A customer asked to sign up for a credit card (I never ask), I got a measure, and I had a $4000 sale.  Management should be happy with me for at least a week. 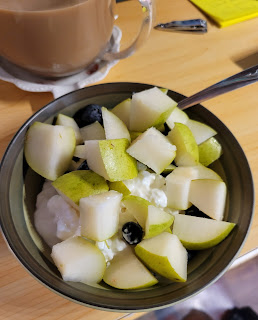 I saw where Mitch McConnell said, "there may be a nationwide ban on abortion."  He believes this because he also believes that these midterms are going to follow the same route other midterms have followed: since the Democrats won the presidency, the Republicans will pick up seats in the House and Senate.  Conservatives have always believed their own lies, and there are a lot of them.  Like their belief, proven by Reagan's landslide reelection) that there is a massive, silent majority of conservatives in America.  Not true.  Otherwise, wouldn't need to rely on the electoral college to put someone in the oval office.
They believe Americans suffer from short term memory loss, that the events of January 6 will have little or no effect.  Not true.  Even though they continue to downplay that attempted coup, Republicans like Tom Rice are speaking out in debates against Trump.  If you get a chance, watch that little video, it's gotten hundreds of thousands of views in just a few hours.
They believe Americans will forget comments such as the one Amy Coney Barrett made in her brief defending the overthrow of Roe v Wade, that as a country we need "a domestic supply of infants."  Not true.  Their religion does not allow them to believe that women are not vessels, they're not cattle, and they are not breeders, but human beings, each with a mind and a will of her own.
This morning, as I was reading McConnell's comments in my Newsweek feed, the inference was made that his and other Republicans beliefs were no longer a certainty, that they were no longer insured to take back both the House and Senate.  This is true.  The midterm results so far are not a joyful celebration of their return to power, rather they decry the struggle Republicans will face just to keep from losing the power they have.