Yesterday it rained hard.  Last evening I turned the heat back on.  For the next week night time temps are predicted to drop into the 40's (F).  While I like wearing sweats, I also like things comfortably warm... or cool, depending upon the season.  And, even though today is supposed to be nice and sunny, tomorrow forecasters are calling for rain... again.  69% chance.  Weren't we supposed to be getting these spring showers back in April.  Oh, that's right.  We did.

Here's an amusing bit.  On the way home from work last evening, the clouds looked like they were forming two letters.  'U  T'  They were very well defined.  I'd have taken a picture, but I was driving way too fast to be fooling around with my phone.  Anyway, being the curious sort, and on the chance I might have been seeing a sign of some sort, I checked when I got home.  The first result was University of Texas, followed by University of Tennessee.  Disappointment reigned, until I searched in 'lower case' letters: 'u t,' that got me 'universal time.'  Wow! I may have gotten a sign about Universal Time!  Well, actually, my eyes just thought they saw two letters in the clouds, the rest was just my imagination. 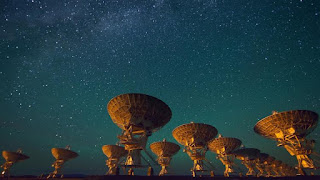 Oh, and what about Facebook cancelling Loser #45?  I understand he and his base went on a bit of a bender.  This is way he's banned.  That and the fact that he lies constantly.  Oh, wait, I supposed technically they are the same thing.  "Lies Constantly."  This means you can not trust a single thing he says.  If he didn't believe his own lies, I'd say he was pathetic, but he does believe them which puts him about ten levels below loathsome.  He also wants loyalty, and that means complete fealty from his base.  And in case you're wondering, his followers are already preparing the sacrificial lamb.