I am pleased to announce that at 3:47 PM yesterday I received notice that the credit for the printer I returned had been processed.  Now, ain't that nice?  Now some might think the first thing I did upon getting home from work was to order another printer... well, I didn't.  I don't have that sense of urgency in regard to purchasing one.  All of those color images I want to print off are not going to suddenly disappear.  I have no desperate little demand inside which needs to be satisfied, unlike so many others who fail the test of patience.

I saw on one of the news feeds I check daily that Jade... something or other (one of Lori Loughlin's spawn) has uploaded a video to YouTube.  I cannot imagine anyone actually choosing to be an 'influencer' as their vocation in life.  Doesn't this say more about her growing ego then anything else?

Oh, and if you want to sign a petition to get Frankie Graham fired click here.  There is a growing movement to terminate him from his job because he's still a pusher of lies.  I have no problem with this petition, in fact, I encourage people to sign.  Never forget that when Covid was doing it's worst in New York City, he set up a hospital and then forced nurses and aid workers to sign a Cracker Jack Crazy agreement of hate.  This fool may be a believer, but he is no Christian.

The last of my necessary tax documents was dropped into my mailbox yesterday.  Yippee.  I have off tomorrow, so guess what I'm gong to be doing?  That's right, filing my taxes.  Except for one year, I have always gotten refunds.  I will also admit, I have never had a problem paying taxes, but then I'm not some cheap ass Republican pissing and moaning about where every little penny of my tax dollars gets spent. 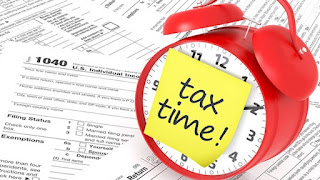 And speaking of Republicans, or maybe I should say Conservatives, or perhaps Cheap Ass Bigots, I understand there are a number of them complaining about Garth Brooks' performance at the Inauguration.  Isn't this always the case?  I remember Obama holding out an Olive Branch and they all summarily said "screw you."  This is why we need to vote them all into the party of obsolescence.  They will always refuse to compromise.  The only way to shut them up is to put them down.  So, let's start here... and now.