On the Street where I live

They're going to be resurfacing it today, so no cars are allowed to park on it.  My neighbors asked when I was going to work so they could use my driveway and were disappointed when I told them I wasn't scheduled until 0930.  I also told them that if, when I'm supposed to leave, the road crew has me blocked in I'll just stay home.  It's supposed to be a beautiful day and I have a shit load of yard work to do. 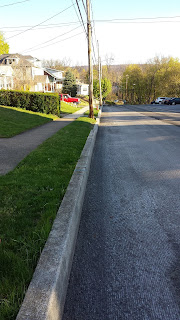 It will be really nice.  They put in new sewer lines about a year and a half ago and road's been lumpy and jouncy every since. 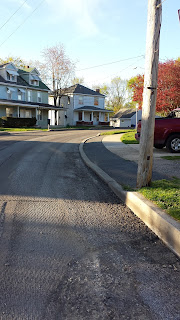 Tickets go on sale for Paul McCartney today, so if I'm home I may buy a couple.  I'm not really sold on going, though.  It's a stadium show and I don't really like stadium shows.  We'll see.  Most likely I'll be at work.  If that's the case I may check out what's left when I get home this evening.