And their heads will explode

I got a text from my brother this morning which read:  "Hillary and Trump will be the nominees.  Hillary will be the next president since there's no way he can win the General Election."  I sent him back a smiley face, not so much because I was happy, but more so in that I agreed with him.  We now know who the nominees for the 2016 Presidential race will because we already know that if Trump isn't on the GOP ticket there will be riots in Cleveland.

And, of course, with Hillary running the Republican pundits who've been pissing on the Clinton name for years will go into a feeding frenzy.  Trump will run the dirtiest campaign in history, which is probably a good reason for her to be the candidate - her minions will shove it right back in his face.  Remember Cuba Gooding, Jr and "show me the money?"  You're going to hear over and over and over again "show us your taxes!"  We will get to watch Rush Limbaugh collapse with apoplexy, and Ann Coulter's peroxide roots incinerate.  Breitbart will initiate a chain reaction, neurally transmitted, self-detonating, Molotov cocktail of such hatred their eyes will turn into laser beams as all of their heads explode. 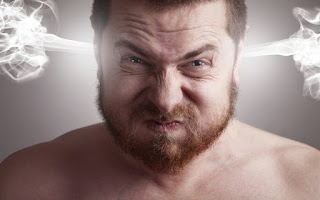 Well, maybe not laser beams, but let's be honest here, the GOP has been inbreeding their hatred for the name Clinton for so long their own self-immolation is pretty much a far gone conclusion.  And in the end all that will remain will be the ashes of a party that lost its way, and gave into the dark side.