I think it's interesting to see how artists are dealing with North Carolina's Hate Bill 2.  Springsteen has cancelled a concert and refunded those fans who had bought tickets.  Joel McHale does his Durham show but slams the North Carolina government and donates the proceeds to an LGBT organization.  Jimmy Buffett issued a statement... but he's playing for the fans.  No comment has been made from his team as to whether he'll donate the proceeds from his 2 North Carolina concerts as McHale did, but I wouldn't count on it.  You see Jimmy Buffett is one of the wealthiest artists in America and he got that way because he's a shrewd businessman.  He is a great example of the successful American Capitalist, and he didn't get that way by turning over his Box Office to support the LGBT community.  Of course, he's also endorsed Donald Trump, which gives you an idea just where his head is at these days. 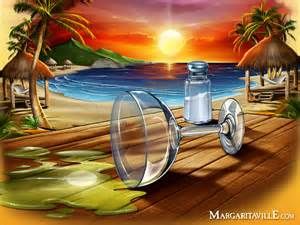 Now, I'm not saying Buffett should cancel his shows, but a little philanthropic gesture would demonstrate both his understanding of how serious this issue is, and how important it is that we get every possible voice standing up to hate.  Of course, it's all about the fans, you know?  And they'll get their concert, and his bank account will grow just a teeny weeny bit more, and, of course, he'll talk up Donald Trump.  Just think, all those Parrotheads will show up in their sandals, and T-shirts, and straw hats, and they'll sing and dance and learn how we really need to build a wall between the US and Mexico.
Posted by Dave R at 7:49 AM