Stonewall opened in 112 (?) theaters last weekend, not one of which was in Harrisburg.  Not that I had planned on going to see it... too much bad press.  What I find surprising is that there were those out there who hoped for something better.  Evidently no one took the time to look at his track record.  His forte is smashingly good special effect sequences... and that's about it.  "Independence Day" was a remake of the film version of "War of the Worlds," and it made him a lot of money, the fact that an alien species, who've been harvesting planets throughout the galaxy, could be beaten with a 20th century computer virus is... well... preposterous.  But that's how Roland's mind works.  Then there's that great scene in "The Day After Tomorrow" where a young (and still Otterish) Jake Gyllenhaal, knowing things are going to get really, really cold, decides the best way to keep warm is to burn books.  Sure, they're in the New York Public Library, and there are lots of books around them, but there are also large wooden tables, and wooden chairs, and wooden bookcases.  The fact that burning wood does give off more BTU's then burning paper was totally ignored and they burned books. 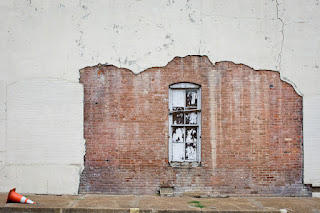 Then there was "Godzilla," in which a very, very large raptor / alien was cast in the lead.  And don't forget that little thing Roland called "2012" in which we got to see his updated version of Noah's ark.
Knowing all of this, why would anyone have expected "Stonewall" to be anything more than it is?  When it comes to logic?  When it comes to serious expose?  All Roland can do is hit a brick wall.  Sad to say, but I don't think he actually cares much about what's on the other side, because hitting that brick wall as fast as he can is what's important to him.

Email ThisBlogThis!Share to TwitterShare to FacebookShare to Pinterest
Labels: 2012, Independence Day, roland emmerich, Stonewall, The Day After Tommorrow, War of the Worlds