That's right, it's Review Time, and I've 6 that need to be written.  I hate writing reviews, especially for associates who's performance is... lacking, mostly because I need to put a positive spin their lack of capabilities.
One of them is a fifty-something woman who, by profession, is a painter.  Houses, you know?  And she thinks she's perfection, and she isn't.  Every time she mentions her "profession" to customers I cringe, conflict of interest, you know?  She's been warned about it, but... you know, once a professional always a professional.  This "professional" cost me over $320 in markdowns this past weekend, and $190 the week before.  Oh, and even though she's living with a man who is a little younger then she, that doesn't stop her from trolling younger, male customers.  And she a professional, you know?  And she's already be warned about giving out her phone number... for jobs, that is, painting jobs. 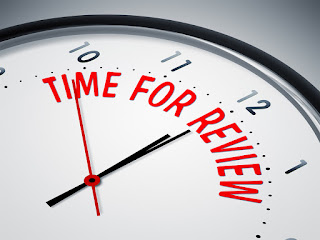 Then there's the retired gentleman who was hired because he's bilingual, Spanish and English.  He has health issues, he claims, which require him to have minor surgeries over holidays, like Memorial Day, and the Fourth of July.  You know, those busy times of the year when we run paint sales and everybody has to work?  He spends a lot of time in the aisles, not helping customers, just fluffing things up.  You know, making them pretty?  Sometimes he disappears.  Sometimes he actually mixes paint... very, very slowly.  He's a part-time associate so he doesn't work a regular schedule.  Four weeks ago, after being off for three days, he came back to work claiming to have pulled a muscle in his back the last day he'd worked.  A few days later he told one of my associates he was going to stop working as soon as he could get disability.  Last week he came to work wearing a back brace.  I don't think he will be working for us much longer.
Posted by Dave R at 7:25 AM