The Paradox of Numbers

Life is a blast.  There are also disappointments to consider.  We all have those to contend with.  How we deal with them demonstrates our character.  I always say "they help build broad shoulders."  Believe me, I have nothing against a set of broad shoulders.  During my vacation, I gained some weight.  Every time I step on my scale I see a number I really don't like.  It irks me.  How could all those goodies I ate translate into a number I dislike?  Well, the truth is that if you don't do anything my caloric intake will always provide me with a number I don't like.

Of course, some high numbers are better than others.  At work, even though my sales numbers are not the highest, I'm number one flooring specialist in the store because the number of leads for future jobs I get is good.  People don't need to buy those jobs if they don't want.  It's the number of leads I generate that compensates for my lack of sales.

A number that was higher than most which is important is 24.6 million.  That's the number of viewer who turned in the last night of the Democratic Convention.  That's a good number.  We will have to wait until the Republican Convention to see how well they fare.  One thing (another number) you can count on is that if fewer people watch, (a lower number, which is good) the Idiot Jerk in the White House will lie.  The numbers he spouts, though, have always been the subject of hilarity... I mean reality.  But then he's not known for having very large shoulders, a gut yes, but not shoulder. 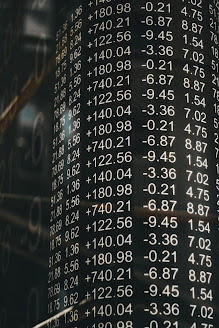 Here's another numerical paradox for you.  The Idiot Jerk's approval rating has actually gone up... slightly, I believe it now sits with 40.5 % of the country approving his performance.  However, that increase has not diminished Biden's chances of winning the election, in fact, they are continuing to edge upwards.  The truth is that they could hold the election today.  There are very few voters sitting on the fence at this point.  This doesn't mean you can sit home and skip voting this year.  Nope.  Our numbers need to be crushing.