Well, Black Friday is history.  I worked as a cashier.  It was fine.  I don't mind cashiering.  No muss, no fuss... and most of the customers were fine.  I ended up selling 3 of those horrendous dog beds.  We also sold artist kits, and artist paints, and tents, and drones, and Amazon Echo's, and... well you name it.  Most of it was Christmas Junk.  Sure, people call them deals, but the presents they buy are not made to last.  Just because it's cheap doesn't meant there's quality, in fact most often the opposite is the reality.
Anyway, we have Cyber Monday coming up.  I've already done my on line shopping.  You see the same thing holds true about Cyber Monday - there are some real deals out there, but mostly, you're going to end up settling of shit.  Of course you're not going to know that you non-name brand merchandise is going to crap out early and until it does, well, it's still a deal.  And once it craps out?  It's Christmas Junk. 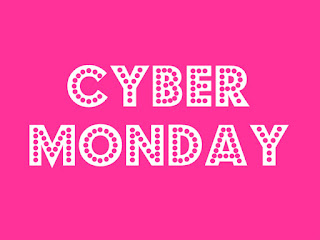 There was a time before American Capitalism turned the holidays into a season of "must have" toys and electronics and sneakers.  A time before it mattered if you got the hot seller or not.  Those times are gone.  Be wary on Cyber Monday, not all deals are made of gold.
Posted by Dave R at 10:54 AM