Burning down the house

Yesterday they had coffee and cookies out in the Garden Department for customers.  Nice, huh?  Anyway, after I closed down the garden registers (and yes they'll be open until Christmas... trees... we also sell live trees), I loaded up the crumbs and cups into a cart and pushed them back to the lunch room for the associates and ran into Steve.  He's a runner.  He runs at least 100 miles a week.  That's right, 100 miles a week.  He claims to be a dopamine junkie.  Anyway, as I was unloading the cart he asked me what day of the week it was.  "Saturday," I said.  His response?  "Really?  I didn't know what day it was."  So I reminded him that the day before had been Black Friday.  I watched as he nodded his head, slowly saying "I forget the days, you know."  To which I said, "yep, I know, I use a calendar."  Which is a bit on the sad side, having to look at a calendar daily to see just where exactly in the week I was. Sure, having a work schedule does give me some point of reference, but more of a start time reference rather than a daily reminder.  I had a nice conversation with the Store Manager who told me I needed to just start brushing things off, not let them nag at me like little pin pricks.  But then he also said that maybe in January they could move me away from the Front End. 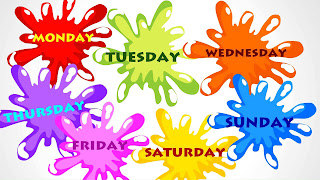 Right now there's too much going on.  Christmas, remember?  And we're beginning a new freight system.  And there really weren't any manager openings at present.  But in January our Electrical Department manager is stepping down, retiring, and that position will come open.  I smiled.  I nodded.  And I thought to myself, oh, shit, now they're going to give me the chance to burn down somebody's house.