I went to see "Jupiter Ascending" last evening with a friend - and we both really enjoyed it.  In fact, I thought it was pretty damn good entertainment, which is one of the main reasons I go to the movies.  This morning I started looking at some of the reviews out there to see why people seem so against this movie.  Surprisingly, every critic that I read brought up some comparison to "The Matrix," and how old is that movie?  Then I realized that was the problem - "The Matrix" is a sci-fi thriller and "Jupiter Ascending" is a space opera, and everyone seems to have secretly been praying it to be another thriller.  People, it ain't never going to happen, so get over it.  One reviewer pointed out that in this movie they can rebuild Chicago in a day and then went on to reference Katrina's destruction of New Orleans... excuse me.  One noted that none of the leads was black.  He evidently missed the Captain of the Aegis, who is black, and female, and has more screen time then Sean Bean. 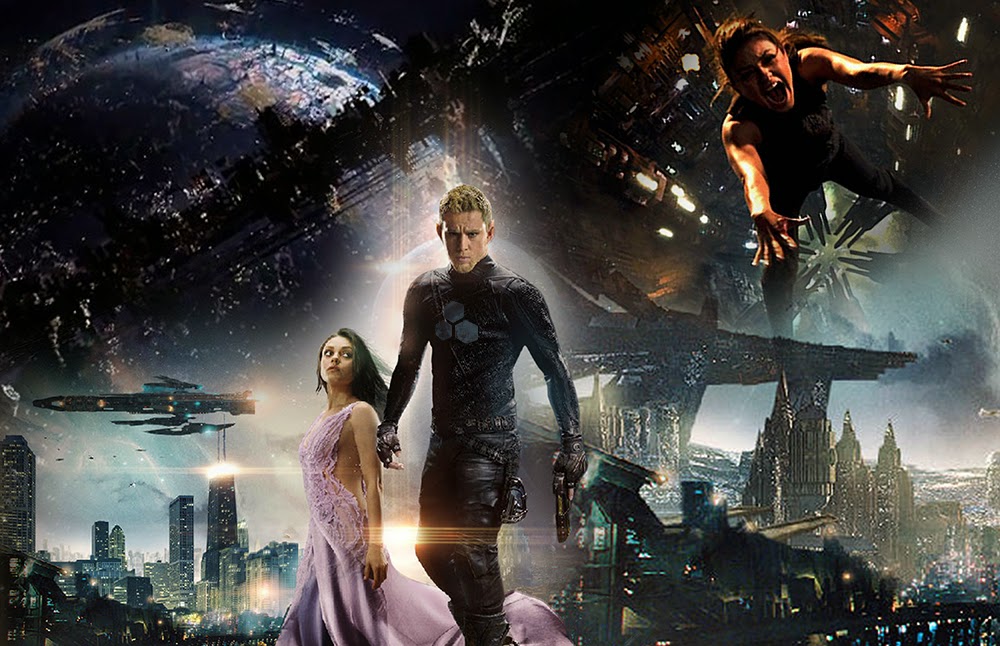 If you have any interest in "Jupiter Ascending" go see it on a big screen.  The story is actually pretty interesting:  genetically altered space wolf gets hired to locate the exact genetic match to a dead space princess... and just about everybody wants her dead (except him).  I suspect that this is one of those films whose popularity will continually increase over time. Besides, how often are you going to get the chance to see Channing Tatum with a little, gold goatee and cute pointy ears flying around in surfer space boots.
Posted by Dave R at 2:50 PM