A friend of mine wanted to go see The Call, with Halle Berry and pestered me in a kind way to go along with her.  After much trepidation, I agreed; you see I'm not a big fan.  While I'm not going to say the movie was a complete disappointment, it did suffer terribly from stupidity.  First of all, it's a chick-flick thriller.  Definition:  the only male character with any real screen time is the serial killer.  Secondly, there is so much dumb stuff happening on the screen I was more dumbfounded then entertained.  During a training session a stupid, male trainee asks stupid male questions which seemed to have been written in order for Ms Berry to show she has spunk when it comes to dealing with stupid males.  Let me tell you, I've worked in HR and any trainee who asks the questions he asked would not have a job very long.  There was a scene where where a screw driver is used to open paint cans in the closed trunk of a Toyota Camry, not always an easy task but even more difficult when done in the dark.  Let's see, someone drops a cell phone in a hole in the ground and then climbs down a ladder to get.  Even my friend admitted that was really, really stupid.  Even though the film was evidently meant to showcase Ms Berry's acting abilities, the one character who actually came across as 3 dimensional was... the serial  killer. 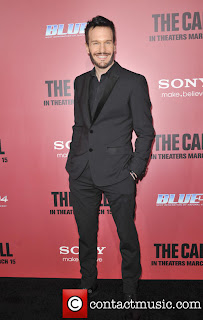 At first they don't show you his face, but when they do the first thought to go through your head is "holy shit, this guy looks normal."  Played by Michael Eklund, the serial killer looks like you next door neighbor.  Not only does he look like him, he lives in an upper middle class neighborhood.  You learn he's a Med Tech working at a hospital.  You get to meet his wife and two sons.  He had a beautiful sister whose death from cancer is the root of his psychological problems.  With all of the depth to his character, you can only wonder why the writers didn't do the same with Ms Berry.