It's Tuesday, which means it's part of my mid-week weekend, the first day to be precise.  Mowing the lawn is on the list of chores for today, so is getting a haircut.  Yep, it's that time of year.  I try to get as few haircuts as possible.  I dislike the entire process, mostly because I end up having to deal with a barber who feels compelled to talk.  My idea of the perfect haircut is sitting down in the chair for 3 - 4 minutes while your hair is being cut and then leaving.  Unfortunately, that never happens.

It seems to be Blogger's been running slower lately.  When this happens my suspicious eye always looks at Microsoft.  My new computer runs Windows 11 and Microsoft is in competition with Google, or Alphabet, or whatever it's called right now, and, of course, Blogger is a Google product.  So, is Microsoft practicing a bit of competitive slowness?

I've started watching Amazon's Lord of the Rings prequel, The Rings of Power.  So far, so good.  The only issue I have is that there are only 8 episodes in Season 1 and if you have to wait a year between seasons, well, this thing's going to run forever and I'm only going to live for so long.  Of course, this is a problem I have with series in general, it doesn't make a difference whether it's Amazon, or Netflix, of Disney, in order to get these shows to run for decades, they give you 8 - 10 episodes and then tell you you're going to need to wait over a year for the next season.  They are competing against each other and, over time, this will work against them over time.  Because so many shows are being put into the competitive cycle some other series will become more popular. 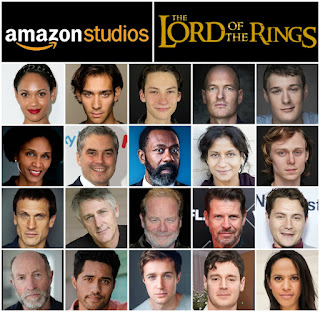 There's an interesting bit in The Hill that the GOP's problem with Trump is worsening.  No surprise there.  This guy is a shit show in action.  He has become an anime from Hell.  Extremist imagers from his rallies set people's teeth on edge, especially those teeth of independent voters.  The classified document issue is making things worse.  I don't know if anyone has seen the bit about his legal team not wanting to tell the Special Master they requested exactly which documents he declassified.  And just think, next week we're going to have another Prime Time Jan 6 hearing.
And the DA in the Georgia investigation has said thought her inquiries were going to lead to Jail terms.
And everyone is waiting to see what happens in New York.
It's almost as if all of these investigations were in competition with each other to see who can bring down the Orange Anus first, which means the GOP problem with the Idiot Jerk Trump will continue to worsen.

Email ThisBlogThis!Share to TwitterShare to FacebookShare to Pinterest
Labels: Amazon Prime, Donald Trump, Google, Microsoft, The Lord of the Rings