Now, isn't this exciting, the weekend has arrived with all of its coolness, ie the temp outside was 52 (F) when I got up this morning.  In fact, looking at the long-range forecast, most nights the mercury will be dropping.  For those of you who don't know, that's a reference to when they used mercury in thermometers to tell the temperature.  Even those thermometers you put in your mouth.  That's right, before digital thermometers, we had to put thin, glass tubes into our mouths to see if we were running a fever, and, a long, long time ago, when I was a child, those thermometers had mercury inside them.  You know what I'm talking about, the heavy metal, shiny, very poisonous mercury.  Those were the dark ages of modern medicine.  During the time of Covid, the great orange retailer I work for gave all associates a digital thermometer.  I have no idea what I did with mine, probably threw it away.  Taking my temperature so many times a day was truly a pain.

I made homemade ice cream on Wednesday.  French Vanilla.  Or, as some say, Custard, since it's lots of eggs, sugar, and cream.  Believe me when I tell you, this stuff goes straight to your arteries.  Of course, if you've ever had homemade French Vanilla (Custard) ice cream, warnings are useless as it is tasty as Hell. 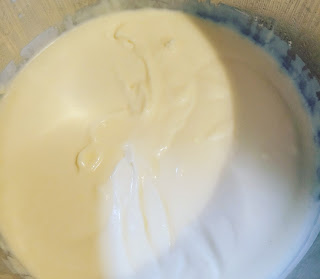 Of course, Ronnie DeSantis was trafficking in humans yesterday because he's a smart ass.  He sent them top Martha's Vinyard.  Ronnie is trying to make points with the MAGA base.  He was rewarded by seeing them shriek with joy.  They saw this as an attack on the liberals, especially those who live on Martha's Vinyard, like Alan Dershowitz.  Remember Al?  He's the screaming liberal who defended Trump during his 2nd impeachment.  And Al's not alone.  What those foolish MAGA brains fail to understand that Martha's Vinyard represents wealth more so than it does Liberalism.  But then Ronnie's more interested in making points with the MAGA base rather than making points with wealthy, conservative donors.
And Trump's personal judge Cannon appointed a Special Master.  By now, most Americans with a brain understand she's been bought and paid for by Trump.  While certain % of Republicans are happy with her decisions, many also realize she's doing more to damage their midterm chances.