I was always an early riser, usually around 0530, though here of late that's been closer to 0630, which I'm certain many of you will still consider early.  The good news for me is that this morning I was back to my old schedule.  This works out better for me.  I like getting chores done in the morning.  For me, sluffing off things that should be done is so much easier later in the day,

The mini drama with Barnes & Noble continues.  They seem to have misplaced the email I sent them on 8/26 containing my W9.  They've told me they don't 'lose' anything, so, true to form, I've begun calling it my 'errant email' in all of our communications.  Oh, and I did remind them that if they somehow fail to locate my errant email, they will have, for all intents and purposes, lost it.  With KDP my account was set and ready for publishing the next day.  B & N is telling me that after they locate said errant email, it will take up to 10 business days for my account to be set up.  I thought they were better organized than this.

I made some sort of tomatoey, cheesy pasta dish for dinner last evening and ate way too much. 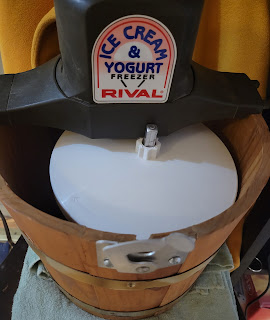 Now I don't know about you, but I'm beginning to see quite a number of people wondering why the networks are spending so much time on the death of the Queen.  I don't watch TV, so have no idea how much time they're devoting to her funeral, especially with so much happening in American politics.

I don't know how many people know that a magistrate released more redacted information regarding Trump's stealing documents.  For someone who supposedly didn't like to read, he apparently made notes on some of the documents which have been recovered, or at least on the top of the folders.  What he wrote has not been revealed, but I suspect it's rather damning.

Lyndsey Graham announced that if the Republicans retook the House and Senate, they would work to create a national ban on abortion.  This was after Republicans said decisions on abortions should be left to the states.  This is, perhaps, an effort by the party to get evangelicals out to vote.  This does not appear to be a win, win situation for them.

And Mike Lyndell, the moronic pillow guy, had his phone confiscated by the FBI while he was buying dinner at an Arby's.  They had a warrant, so they didn't just snatch it from him.  When Laura Ingraham noted that it seemed as though everyone who had contact with Trump was having their phone confiscated, I had to laugh.  I'm sure panic among MAGA Republicans is spreading faster than a California wildfire.