When a Kiss is not a Kiss

Well, did you have a lazy Sunday?  Get a lot of rest?  Read a good book, maybe?

Here in Central PA, my accomplishments were numerous.  No lazing around for me yesterday.  I got a ride in on the bike, one with an 18% grade hill somewhere in Germany.  Several loads of laundry.  A trip to my local Giant supermarket.  About 500 words written on the next book.  And I topped the day off with some time playing Elden Ring.

Nichelle Nichols passed away yesterday. She was part of an ensemble cast of a groundbreaking show that brought science fiction into American living rooms weekly.  She and Bill Shatner had the first interracial kiss on national TV.  I remember that kiss.  Network PR ensured everyone in America knew it was going to happen, though I was very disappointed when it finally occurred.  There was absolutely no hint of romance; some viewers might find that offensive.  Aliens with the ability to control minds forced Uhuru and Kirk to kiss.  So, when is a kiss not really a kiss?  More important than that was her being on the bridge of the Enterprise.  She was a black woman who was the Communications Officer.  She was a person of importance.  That, in itself, is an extremely important first.

Oh, and I ordered a wall clock.  Not cuckoo.  Pendulum.  Big, because sometimes size does matter, with chimes that bong 4/4.  The clock it's replacing was a pendulum wall clock, though not as large.  This one is about 6 inches longer.  It's a Hermle Hopewell. 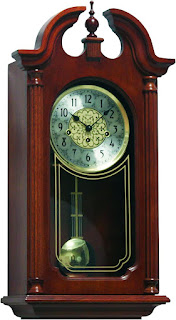 And, finally, the midterms are rapidly approaching.  I read an interesting opinion by E.J. Dionne in the Washington Post about expectations.  If these were any other midterms, the Republicans would most likely have a lock on tacking back the House and the Senate.  The media trumpeted this from the rooftops, and the Republicans believed this, in fact, they were so sure they began firing conservative broadsides into Centrist America.  You can bet that, had they not been so sure of the midterms, the extremists on the Supreme Court would not have overturned Roe v Wade.  They were going to force Americans to kiss their conservative asses.  However, these are not normal midterms.  The January 6 committee has Republicans attacking Republicans.  In fact, a day doesn't seem to pass when some new revelation isn't causing Americans to take a big step back and say, "what the fuck was going on?"  You have the Roe v Wade fiasco which only appealed to a minority group.  You have Trump calculating that if he announces his run for the presidency, he'll be safe from prosecution.  You have mental ingrates like Kari Lake and Marcia Blackburn spitting out insanities.  And, most recently Republicans defeating the PACT act without even considering the message they're sending to Veterans.  In fact, this November, it could well be the Centrist of America turning their butts to the Republican party as they say, "shut up, and kiss my ass."