Don't we have enough trees?

Well, my mid-week weekend has begun.  For some reason, I seem to get more accomplished on a Tuesday and Wednesday then I did when my weekends were the standard Saturday and Sunday.  Perhaps the idea of not working has become so ingrained with those 2 days I usually end up frittering away the hours rather than get anything done.

One the things getting done today is a trip to the bank.  I closed out an old 401K I'd had with the orange retailer I work for, and the check arrived Saturday.  The taxes have already been taken out, so it will be deposited into the regular savings account.  Since taxes are always going to be deducted, I figured the Federal Government might as well get their money now.

Another thing I need to do is call the Vet and make an appointment for Biggie.  He needs his wellness checkup.  I was going to put that off until November because they want him to fast (like that's really going to happen) so they can check his sugar.  But yesterday morning he developed a dry cough and since he is approaching his senior years, I want to get him check out. 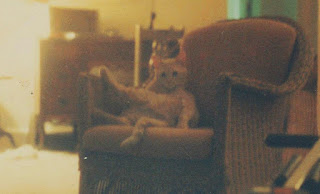 And, of course, we had a bumper crop of Trump horseshit yesterday.  He wants a 'master' to review the documents he stole for espionage's sake.  This is what he's done his entire life, sue to stop or delay the proceedings, or to simply just attack.  Media outlets seem to have finally understand they need to call his lies... well, lies.  Calling them unsubstantiated falsehoods is one of the definitions of failure.  One thing that is fascinating about his lawsuit, is that it's Per Se, which means he is going to argue the case himself rather than have his attorneys in front of a judge.  Either they didn't want to touch it, or he believes himself to be a more convincing liar.  Also keep in mind, this will also endear him even more to his MAGA base.

Also, McConnell sort of, well, kind of went on the attack saying there was no election fraud, or rather he said the was very little election fraud.  This was after Florida taxpayers spent $3.9 million so Ronnie De Santis could give them 20 instances.  Keep in mind, those incidents did not include the Republican fraud that happened in The Villages.

And, finally, this bit of political hilarity.  From the Washington Post: Which Republican candidate is the worst?   Who do you think?  While many believe Oz is the most incompetent?  "His across-the-board incoherence remains unmatched," says a lot.  And I do believe this was before Walker, talking about Climate Change, said "don't we have enough trees?"