Well, we did get rain yesterday, some in the afternoon, most of it overnight.  In fact, there's still a bit of the drizzly wizzly still falling outside.  I don't mind the rain.  Rain is free, watering my mini-garden costs money.  Within the past 2 months, every one of my utility bills has increased: electricity up $6 per month, natural gas up $2 per month, and water up $4 per month.  These expenses are all easily covered by my paychecks from the big, orange home improvement retailer I work for, but this is not the case for others which may be why we've been hiring a lot of seniors lately.

Buzz Lightyear didn't hit expectations on when it opened this past weekend.  I will wait for to watch it when it hits Disney +.  I understand a lot of phony Christian /Conservatives are blaming a fleeting, lesbian kiss.  You have to remember that these parents and grandparents have turned Disney in a babysitter.   Plop the kids down in front of the TV and all you need to do is cast the occasional eye on them.  These homophobes are now pissed off because their kiddies might learn that there is nothing wrong with two mommies kissing, or two daddies for that matter.

I made some French toast yesterday with homemade bread.  Tasty!  Today I'm going to attempt potatoes with oregano, a side dish which will probably be main for later this afternoon.  That's right.  I usually eat my dinner late in the afternoon.  Meals before bedtime are not the best. 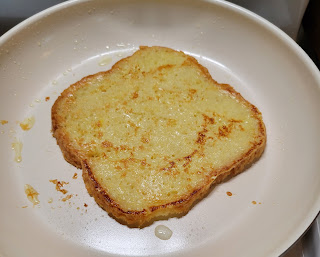 There's another January 6 hearing this afternoon at 3 PM.  I'll be watching.  I understand they're going to touch on Jeff Clark, the Trumpist Scott Perry was pushing to replace the Attorney General in order to steal the election.
I understand more subpoenas have been issued in regard to January 6.  Very interesting.  Republicans are really beginning to hate these hearings.  Democrats are allowing Republicans to make high level Republicans look reprehensible.
One of those subpoenaed was Mo Brooks.  The Orange Anus saw him as a Golden Child, until Mo spoke up and said we need to move on and leave the 2020 election behind.  Suddenly his favorability ratings were shot to Hell.  Rumors are now swirling that he will testify, but only on live television.  Translation:  he's going to go for the throat.
As for blubbery Ginni setting the record straight and correcting those 'misconceptions?'  I wouldn't count on that happening anytime soon.  She likes to see herself as a behind the scenes mover and shaker.  The idea of having her bacon fried on TV is something she holds in deep disdain.  Besides, there's a limit as to how many times she can wear her stylishly red cardigan in public, and no other color picks up the roses in her cheeks as well as red.